The words “wearable tech” may have you picturing an Apple Watch, Fitbit activity tracker, or even Google Glass smart lenses. Yet, while fitness trackers, smartwatches and augmented reality glasses grab all the headlines, a more discreet type of wearable tech has been quietly innovating behind the scenes – the hearing aid.

One in five adults in the United States suffer from some form of hearing loss. The World Health Organization puts the global number of those with disabling hearing loss at close to 360 million people. It’s little surprise, therefore, that startups and hearing aid tech specialists are working hard to address hearing loss with advanced modern devices that redefine the capabilities of wearable tech.

From hearing aids that can tune to your smart TV, be controlled via an app, or detect if the users falls, to a new wave of hearing aids that are virtually invisible, there’s been a huge upsurge in innovative hearing aid tech. Here’s a rundown on the increasingly sophisticated technology. 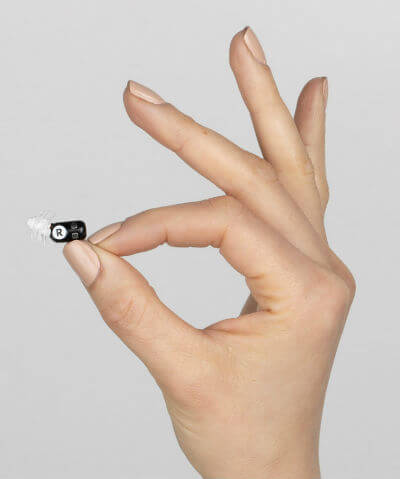 The traditional design of an ungainly, clunky-plastic hearing aid that sits behind the ear couldn’t be further removed from the tiny designs now available on the market. The same drive for innovation that’s made smartphones and laptops slimmer, lighter and more stylish has influenced hearing aid devices, too.

The latest sleek designs mean that many users often have their hearing aids go unnoticed. The devices can fit into the ear canal, with no need for an around-the-ear accessory.

Eargo is just one company taking the design of hearing aids forward by leaps and bounds. The brand has sought to revolutionize hearing aid tech by focusing on a discreet, virtually invisible design:

“Because Eargos are designed to never be seen, your little secret stays a secret. We set out to make a sleek, comfortable device, backed by crisp, rich sound, to let wearers live their life, uninterrupted.” – Eargo

A close equivalent tech is, arguably, Apple’s AirPods wireless headphones. Eargo even mimics the neat “charge in the carry case” approach of the Apple AirPods, thanks to a small “on-the-go” charging case to make it easy for users to top up the battery.

There’s an argument that these new-style hearing aids are, in fact, doing a better job at shrinking down than more “mainstream” wearable tech devices. Fitness trackers and smartwatches from brands such as Fitbit may be ubiquitous, but their chunky plastic approach still means they’re far from stylish.

And, if you’re worried that these tiny hearing aids might be a little too easy to lose, there’s some good news from AirPods users, who report lost headphones reassuringly less often than feared. 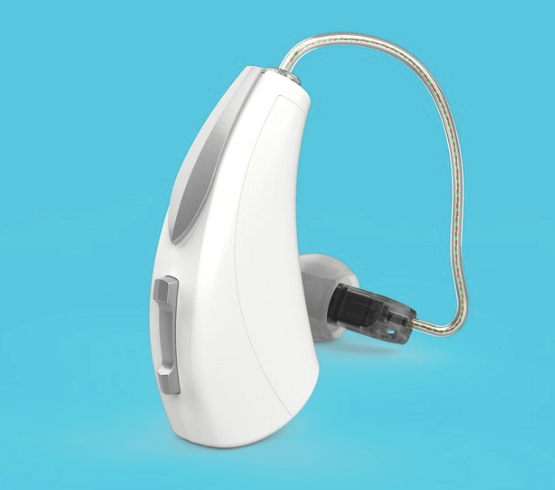 You’d expect hearing aids to perform their core function – amplifying sound for the hearing impaired. But, in the tech world, there’s always room for evolution, and some of the latest hearing aid tech almost takes us into Star Trek territory.

The Livio AI from Starkey Hearing Technologies, for example, brings hearing aid technology to a whole new level. This device can track steps – just like a fitness tracker – and even alert loved ones if the user falls. It even keeps track of how often you speak to people, giving an indication of how social you’re being throughout the day. But, there’s a further miracle feature, too.

The Livio AI can provide real-time translations of foreign languages to its users, effectively turning anyone with hearing loss into an international traveler.

While many devices available to consumers now, including Google’s Pixel Buds, provide this service, it has never been installed directly into a hearing aid. This makes the Livio AI a true wearable of the future. 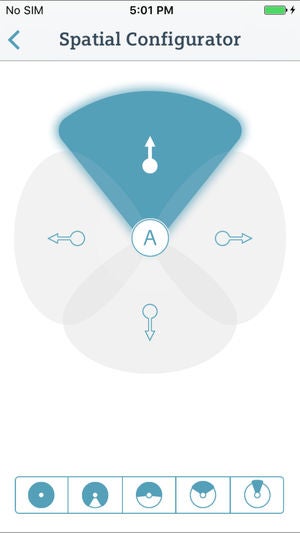 For most people, the phone in your pocket is quite likely the most powerful computer you’ve ever owned. Hearing aid manufacturers are taking advantage of the smartphone revolution by designing devices that can be controlled via an iPhone or Android hearing aid app.

With these apps, you can set the individual volume control for both ears. You can set your hearing aids to directly stream music from your phone, or to receive phone calls.

It’s even possible to set Bluetooth hearing aids to work with your smart TV, making it easier to enjoy home entertainment without missing out on any of the audio detail.

From directional microphones to noise cancellation features, tinnitus maskers and environment-specific programs, hearing aids are packed with innovative technology to help users with their specific needs.

Connect a hearing aid to an associated smartphone aid app and its features become supercharged, offering additional value without raising the cost of the hearing aid.

Hearing aid technology is innovating fast, and that can mean a transformative experience for users. If you’re considering your first hearing aid (or upgrading your current one), then the most important thing of all is to speak to a hearing specialist to ensure you get the right recommendation for your needs. That way, you can be sure you’re investing in a device that will be best-suited for your own particular type of hearing loss.

A Stretchable and Flexible Biofuel Cell That Runs on Sweat