Google is introducing a system-wide dark mode with Android Q and is hard at work to get as many apps as possible in line for the stable launch. While it already implemented the eye-soothing theme on many apps like Calendar, Phone, Messages, and Drive, other apps are still notably lacking one, like Gmail. On Wednesday, Google officially introduced Playground as the newest member of the dark mode club, although the AR stickers app possibly has had it for a while already.

We’re not sure when exactly the new look first showed up. A Reddit user reported having dark mode about a month ago, but their version was plagued by artifacts and obscured elements. With the release of version 2.6, Google added “Changed UI to new dark theme” to the app’s changelog on the Play Store. When we tested this on our devices, we noticed that the theme was present all the way down to version 2.4 from June. It’s likely that Google simply flipped a server-side switch and rollout is now completed (or nearly completed). 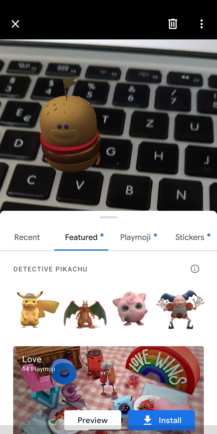 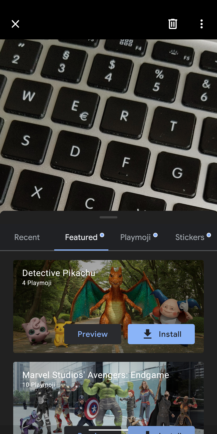 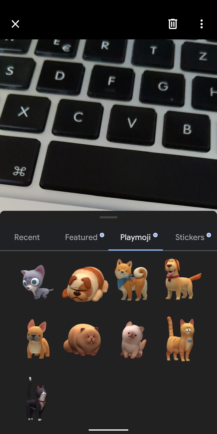 Playground’s dark mode adheres to Google’s design guidelines by using dark gray rather than full black and reducing colors to pastels. The new looks sure fit the rest of the dark camera interface much better than the previous version with white backgrounds.

It’s likely that you already have dark mode in your version of Playground, but in case you want to be up to date, you can download the latest release (v2.6.190725046) over at APK Mirror. It’s also rolling out on the Play Store as we speak.

Our friends at 9to5Google noticed a neat addition for Pixel 3a and 3a XL owners. They can now use Playmojis in selfies, bringing Google’s budget devices in line with its other phones. Playground 2.6 offers them a little onboarding experience with the new feature and highlights the selfie button in the bottom left corner of the AR camera interface.