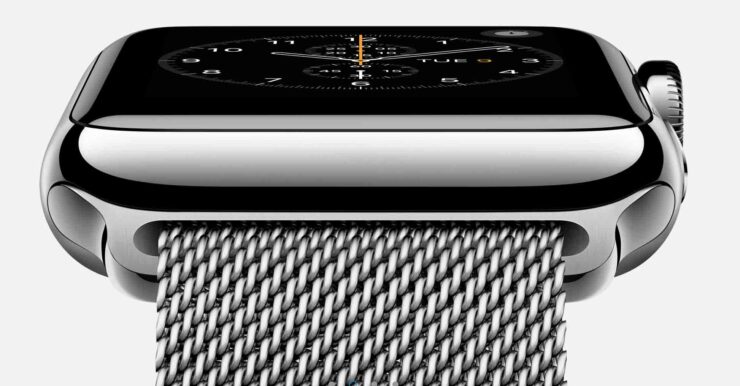 As smartphone sales slowdown across the globe, Apple has increased its focus on its wearables and services segment. As the company’s June quarter financials have shown, the wearable sector is going strong, and now UBS’ analyst Timothy Arcuri has laid down his predictions for the next two years.

In the June quarter, the wearables segment grew more than 50 percent year-over-year, thanks to strong demand for AirPods and the Apple Watch. Wearables raked in revenue of $5.5 billion, which is more than the iPad sales of $5 billion and just slightly behind the $5.8 billion worth of sales of Macs in the quarter. For the first time in history, this segment contributed more to growth than the company’s services business. Arcuri says that the Cupertino giant’s wearables category is the size of a Fortune 200 firm now on a trailing 12 months basis.

According to UBS’ estimates, AirPods alone will contribute $10 billion to the company’s revenue by 2021. The firm’s survey shows that only 7 percent of the iPhone owners have AirPods and the installed based is expected to touch 100 million in the fiscal year 2020. It seems like the attach rate for the AirPods are higher for new models, which means owners of newer variants are more likely to purchase the accessory than users who have an older iPhone. Arcuri also believes that the adoption of the wireless earbuds can be increased if it’s completely moved to wireless charging. For the fiscal year 2019, 40 million AirPods shipments are expected, which will roughly generate sales worth $6 billion.

Apple Watch Series will reportedly bring in $20 billion by 2021 and the adoption rate is expected to increase with the addition of more health-centric features and improved functionality. Attach rate for the watch is higher than that of AirPods, at 12 percent and with the Apple Watch Series 4’s eSIM feature you don’t have to pair your iPhone to do a few other tasks. Tim Cook had previously said that the Apple Watch Series set a new revenue record during the third quarter, with 75 percent of the customers being first time buyers.

Apart from giving its wearables business a push, Apple is also going big on the services segment. Apple Music is already edging out Spotify and the company is also gearing up to launch Apple TV Plus and Apple Arcade in fall this year. All in all, the company seems to have a nice strategy in place to make up for softening iPhone sales.

unfolding space by jakob kilian lets you ‘see’ with your hands

What Google’s Fitbit Buy Means for the Future of Wearables

Apple device is small and smart

Technology helps bring families together for a virtual Thanksgiving