Last month the US Patent & Trademark Office published a patent application from Facebook that relates to a wearable fingertip camera that could be controlled via hand gestures. The cameras could be used to record video or broadcast video live to a user’s Facebook page.

In the network environment, one or more video stream(s) from respective camera(s) may be synchronized and collected, or otherwise accessed, by a computing device or computing system (such as a social-networking system).

A camera worn on the user’s hand may, but need not necessarily, be configured to be controlled by movement of the camera resulting from a hand gesture or other hand movement of the user. 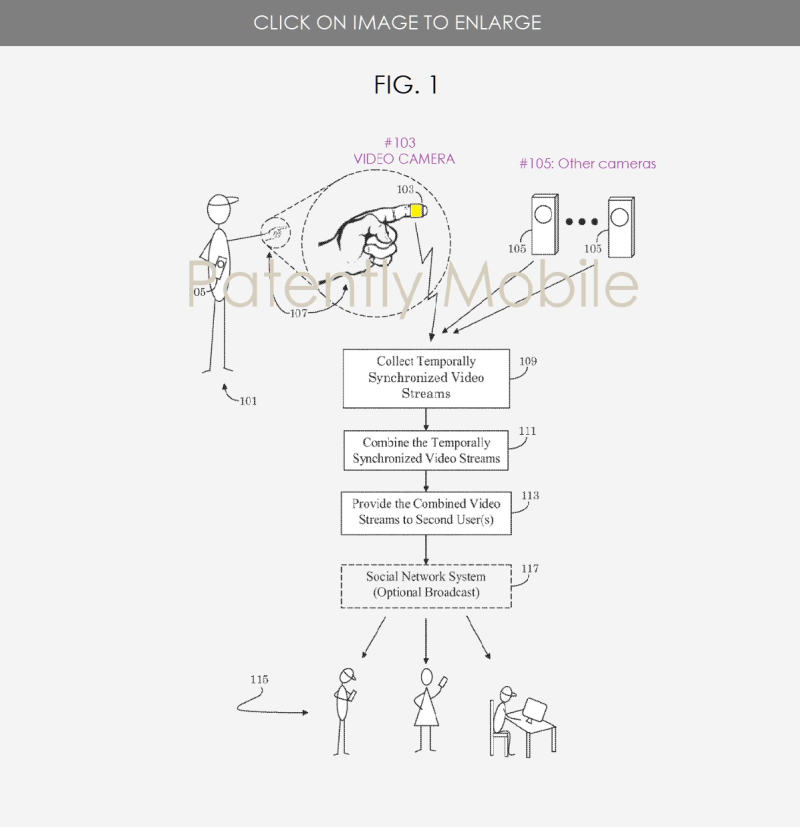 The camera (#103) illustrated above may be worn on a fingertip or worn as a ring on a finger of the hand of a user. In particular embodiments, the user may also wear another camera on another hand.  One or more other cameras (#105) may be hand-held cameras, integrated into multi-function devices such as mobile phones, under direct or remote control of the user.

The camera may include a warning light (such as for example a flashing, blinking, or circling light) other suitable indicator to notify the user that filming has begun. In particular embodiments, the camera may be used to read Quick Response (QR) or similar codes.

The Cameras (#103 or #105) may capture video while pointed in different directions and have different Field of Views.

After collecting or otherwise accessing the temporally synchronized video streams, block #111 of FIG. 1 stitches together the video streams, which may include application of various image-processing techniques. The block may define video-display attributes that define a stitched-together video for presentation. 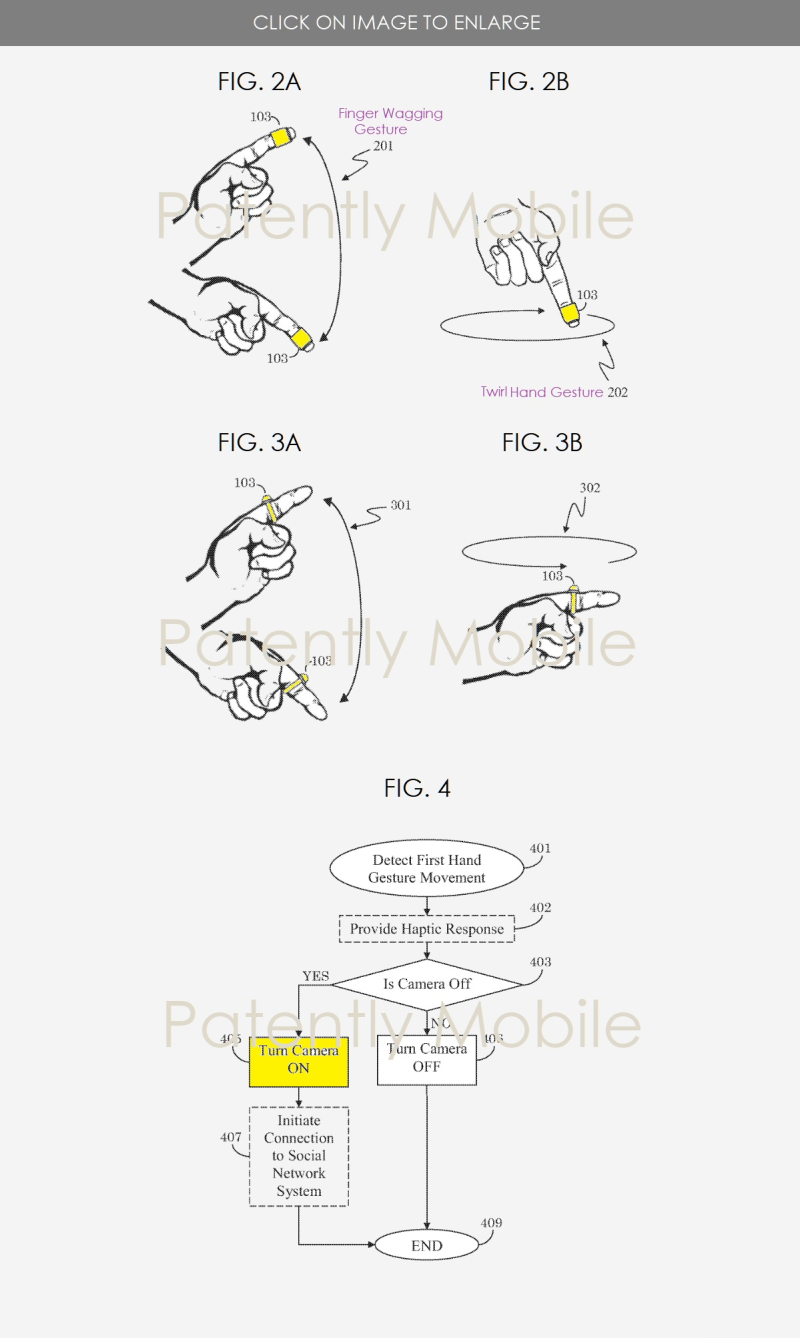 Of course this is Facebook and so a portion of the invention is dedicated to how the live feeds could be set to work with advertisements.

Facebook’s invention, according to their filing, was filed with the U.S. Patent Office (USPTO) this past January. USPTO published it in July.

COMMENT:Telstra Cyber Attack Shows How Easy Australia Can Be Attacked