Android Auto’s comprehensive overhaul recently rolled out to everyone, but Google isn’t done with tweaking the interface. We’ve seen multiple reports of the navigation UI getting a few handy new buttons, including one for alternate routes that people seem to be very excited about. 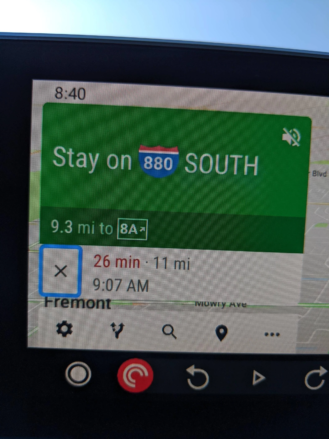 Previously, there was only the settings button on the bottom left of the screen and nothing more, but four more buttons have now joined. The one that people seem most pleased with is for alternate routes, which makes sense given that people often need quick access to it. A search button, a destination button, and a three-dot menu round out the new additions.

The revision seems to be generally well-received, though some are complaining that it does block more of the screen, especially when a notification comes in. Then again, you can’t please everyone.

iPhone 11 and 11 Pro preorders are live: Here’s how to buy Apple’s new phones

How the Electric Vehicle will drive the smart home