The effort to curtail the impact of influenza just got a shot in the arm with a research award from a division of the U.S. Department of Health & Human Services (HHS) to a company that’s testing a machine learning model to improve flu forecasts based on data gathered from wearable devices. 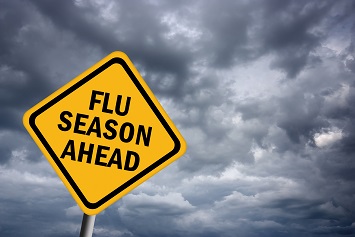 Evidation received the research award, worth up to $749,000, depending on the final scope of work, from the Division of Research, Innovation, and Ventures (DRIVe) which operates under the HHS Biomedical Advanced Research and Development Authority (BARDA).

Current forecasting models rely upon data gathered from physician’s offices, urgent care centers, hospitals, and other sites, Ramirez explains. These providers then report to public health agencies, which then relay data to the Centers for Disease Control.

The process not only creates a delay between real time flu incidence and reported data, says Ramirez, it also omits those who have the flu, but don’t seek medical intervention. One study, published June 2018 in Vaccine, estimates that number to be 21.6 million people.

Evidation’s model, which is still in development, will use activity, sleep, and heart rate data, for example, gathered from commercially available wearable devices worn by study participants, Ramirez says. In addition, the flu diagnosis will be validated via a specimen, such as a nasal swab from a home testing kit. Information also will be gleaned from surveys administered to participants.

Evidation will use high frequency sensor data from the wearable devices to understand the characteristics that are indicative of a flu diagnosis, he says.

“We are applying some interesting data science principles all the way across data ingestion, to data cleaning, to machine learning to better understand these classification issues,” Ramirez says. Thanks to the flu validation data, the models emerging from this analysis will also distinguish between respiratory virus infections and influenza.

“We will then hopefully move into what we consider a forecasting problem, which directly aligns with improving surveillance, and sometime in the future, helping to prevent a flu spread,” says Ramirez.

The study will begin during the fall 2019 flu season, and work will continue through 2020.

Influenza has a tremendous impact on public health and healthcare costs. Earlier diagnosis and treatment can help reduce cost and diminish the impact of the disease, says Ramirez. According to the article in Vaccine:

The award is part of HHS’ Early Notification to Act Control and Treat (ENACT) program, offered through DRIVe, to invest in disruptive innovations that will protect Americans against health security threats.

How China has overtaken the US in smart speakers

If this woman stays off her smartphone for an entire year, she’ll win $100,000