Mobile 30/08/2019 144Views 0Likes
Starting this Sunday, Apple’s AirPods, Apple Watch, headphones, some iMacs, HomePod, and other products will be impacted by a 15 percent tariff as part of an ongoing trade dispute with China, reports Bloomberg.

The tariffs were entered into the Federal Register today and will go into effect on 12:01 a.m. local time on Sunday in Washington, D.C. for products entering the U.S. or being pulled from warehouses for use in the United States. 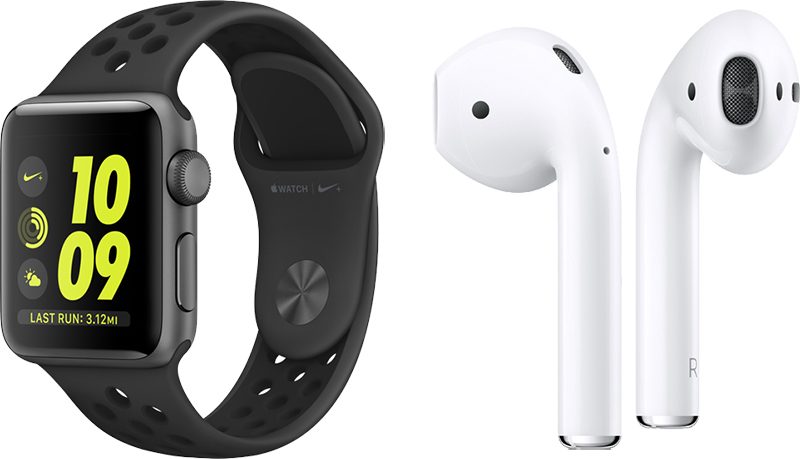 Apple devices set to be impacted include the Apple Watch and Apple Watch bands, AirPods, HomePod, some Beats headphones, and some iMacs. Bloomberg says that repair parts for iPhones could also be affected, as could the NAND flash storage used in iPhones.

Apple analyst Ming-Chi Kuo said earlier in August that he believes Apple will absorb most of the U.S. tariff costs on its devices “in the mid-short term” rather than raising prices for consumers. Apple has been expanding its production facilities in countries like India and Vietnam, which, in the long term, will diversify manufacturing beyond China and alleviate tariff concerns.

Apple CEO Tim Cook recently met with U.S. president Donald Trump at Trump’s Bedminster golf club, where Cook reportedly made a “good case” that tariffs would put Apple at a disadvantage with rivals like Samsung. “I thought he made a very compelling argument, so I’m thinking about it,” Trump told reporters.

Apple in June also sent a letter to the Trump Administration urging against the tariffs because it would reduce Apple’s contributions to the United States economy and weigh on its global competitiveness. Trump could still elect to delay the tariffs or exempt Apple products ahead of when they are set to go into effect, but recent tweets suggest that may be unlikely to happen.

Apple accessories like power adapters, cables, and cases are already subjected to an import tax at the current time, separate from the tariff set to hit new Apple products on Sunday.

This tariff won’t immediately affect the iPhone, one of Apple’s most popular devices that’s responsible for a large portion of its revenue, until December 15 as tariffs on electronics like smartphones and laptop computers have been delayed so as to not impact the holiday shopping season.

Note: Due to the political nature of the discussion regarding this topic, the discussion thread is located in our Politics, Religion, Social Issues forum. All forum members and site visitors are welcome to read and follow the thread, but posting is limited to forum members with at least 100 posts.