Wearable Technology 02/09/2019 79Views 0Likes
This is the first of a three-part series of articles on haptics. Haptics involves the use of technology to stimulate the sense of touch. IDTechEx have been covering the technology behind this important market sector for the last five years, and have just released their latest report: Haptics 2020-2030. See more information on the IDTechEx website or contact research@idtechex.com.

The majority of people will experience haptics every day via their smartphone. Haptic feedback includes the vibration when notifications or calls are received, the “clicking” sensation in many phones when interacting with physical buttons, and other touch-based interactions with devices.

However, haptics existed as a prominent technology market well before the smartphone age. Historically, the majority of devices containing haptics were sold in controllers for games consoles. Haptic actuators called ERM motors were deployed to give the familiar vibration feedback at appropriate times during a game. Haptics in smartphones started using a similar technology. ERM (eccentric rotating mass) motors were deployed in many early smartphones in order to provide vibration feedback corresponding to incoming calls and messages.

Smartphones overtook console gaming as the largest sector for haptics as early as 2011. This is detailed in the extensive historic data (back to 2010) and market forecasts (to 2030) included with the IDTechEx report, Haptics 2020-2030. IDTechEx have been following the haptics industry for the past 5 years, releasing dedicated reports each year including interviews with key players, market data about haptics technologies, revenues and adoption, and assessment of each of the key technologies involved.

Beyond smartphones, haptics have also been introduced into several other product sectors with varying degrees of success. Devices such as pagers have used haptics for many decades. More recently, the wearable technology sector has widely adopted haptics, particularly in products such as smartwatches and other fitness trackers. Haptics are also used in vehicles, most prominently for driver alerts (e.g. lane departure warnings), but with many companies increasingly looking to add haptic feedback as part of infotainment interfaces in vehicles. Haptics have also been introduced in some laptops (e.g. with actuators under trackpads), albeit with a smaller percentage penetration, and there have even been some attempts to use newer technologies enabling surface haptics in other devices such as tablets. 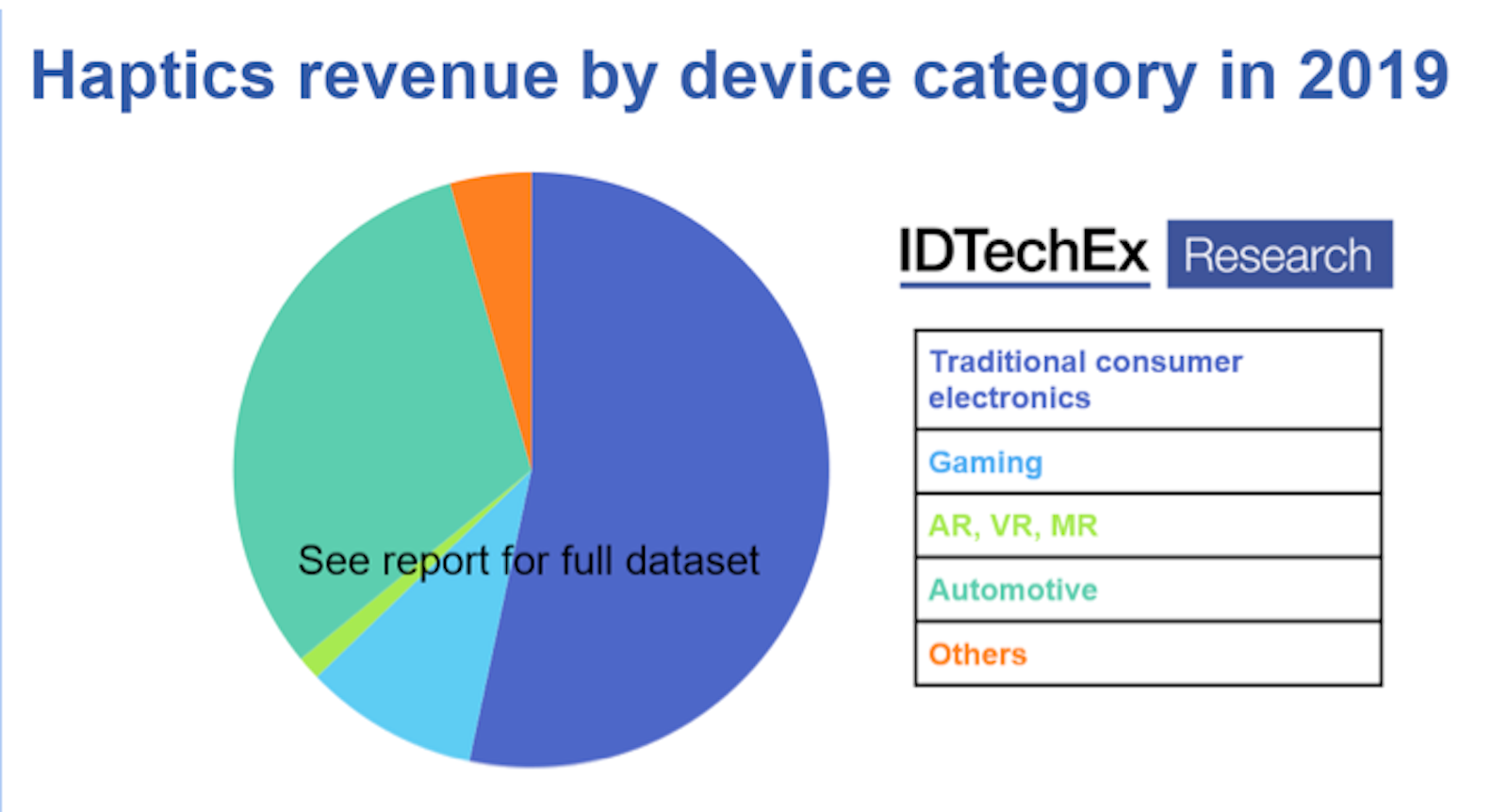 Snapshot of IDTechEx data showing haptics revenue by device type in 2019. The report splits out each of these categories into a total of 10 device types, each of which is described according to the types of products and haptics technology integration.

All of these topics are covered in the IDTechEx report. The next article in this series will look at what is next for haptics after smartphones: a critical question as we look into the future of this industry. For any questions regarding IDTechEx’s report, wider research in the area or more general queries, please email research@idtechex.com.

Top trends to give your house a fresh look, whether you’re selling or staying

Pixel phones can now vibrate before ramping up the volume