On September 4, a Ripple fan tweeted about his intention to start a petition so that Ripple increases the utilizing of XRP and uses as much of XRP as possible to expand the ecosystem, obviously believing that this will do only good for Ripple adoption.

I’m gonna start a petition for @Ripple to use more XRP.

Use the shit out of it.

Give to more colleges.

In the comment thread, someone posted a link to a petition on change.org with the same demand.

So far, the new petition aimed at getting Ripple to increase the use of XRP has got 217 signatures.

Getting Ripple to change the scale of XRP utility, petition #2

As reported by U.Today earlier, a Twitter user @Crypto_Bitlord, indignant at the XRP price unable to grow for a long time, initiated a petition on change.org to get Ripple to stop dumping XRP and let its quotes surge.

His petition has been signed 3,203 times already with the next goal planned to be 5,000 signatures.

The same user also threatened to hardfork XRP unless Ripple stops dumping the coin through its quarterly sales of 1 bln XRP and other cases when Ripple uses its currency for sponsorship or charity purposes.

The more amount of an asset is in circulation, the lower is its price, believes Crypto_Bitlord, following a simple market logic. Recently, the person was sent to a ban on Twitter for a short while, getting his account blocked. Now, Crypto_Bitlord is back on the air.

Received numerous death threats over the $XRP fork and I’m continuing to get personal attacks over my past.

To those having a good time, thanks for the support and I’ll see you soon 🙏

In the comment thread regarding the ‘pro-dumping’ petition, some members of the Ripple community express an opinion that selling 1 bln XRP per time is not enough to increase the XRP utility.

It’s a shame they are limited to just 1bn #xrp per month being released from escrow.

Damn you @Ripple for being so transparent, organised, ethical and just all round awesome business brainiacs. pic.twitter.com/7dRxByrtlm 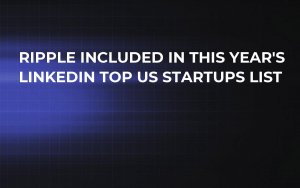 In the case of the first petition, Ripple’s reaction was no reaction. The only thing Brad Garlinghouse did was post a series of tweets, addressing the recent FUD messages on social media regarding XRP.

Among other things, the Ripple CEO pointed out that XRP sales are meant to increase the XRP utility.

A glimpse of future technology