DxOMark scores have been updated to add two new smartphone camera tests that seem tailor-made for the new iPhone 11/Pro.

TNW reports that one category is brand new, while another has been redefined.

DxOMark, the site that reviews phone and digital cameras, has added ‘Night‘ and ‘Wide’ scores to its review rear cameras of phones.

While the Wide score is a new addition, Night is a revamped score to include low-light photography (similarly to its now-retired Flash score).

For the Night score, DxOMark will test photos that are taken when the light levels are between 0 lux and 20 lux. It’ll test scenarios with flash off, flash on, and flash auto; it’ll also perform a dedicated night mode test for phones that have that feature […]

For the Wide measure, DxOMark will take multiple samples with a phone in landscape, cityscape, group photos, interiors, wide-angle close-up, and architectures. The company will test wide photos in 50-1,000 lux range, and between the shortest focal length to its maximum focal length with samples taken at an increment of 2mm for every iteration.

The company has also retested existing cameras and assigned scores in these categories, to show which models the iPhone 11 and iPhone 11 Pro will need to beat to be considered best in class.

For night photography, the Huawei P30 Pro, Samsung Galaxy S10 and Note 10+ 5G are the three devices heading the rankings, each with a score of 59. Interestingly, the Google Pixel 3 – which has been getting all the praise for its night shots – has a significantly lower score, at 49. That may well be because it scores well in flash-free shots but less well in shots where flash is used.

When it comes to wide-angle photography, the two Samsung flagships are the ones to beat, the Note 10+ 5G scoring 42 and the S10 5G close behind with 40 points.

Factoring in these new scores to the overall rankings resulted in the Huawei P30 Pro overtaking the Samsung Galaxy S10 5G.

The company will, of course, be testing all three of Apple’s latest iPhones when it gets its hands on them, so we should have DxOMark scores for the iPhone 11 in the next week or so.

Our sister site 9to5Google collated a number of sample photos comparing the iPhone 11 Pro against the Pixel 3, and while there is a clear winner in some cases – as in the shots below – it isn’t always the same device, and there are some photos where it’s a subjective call. 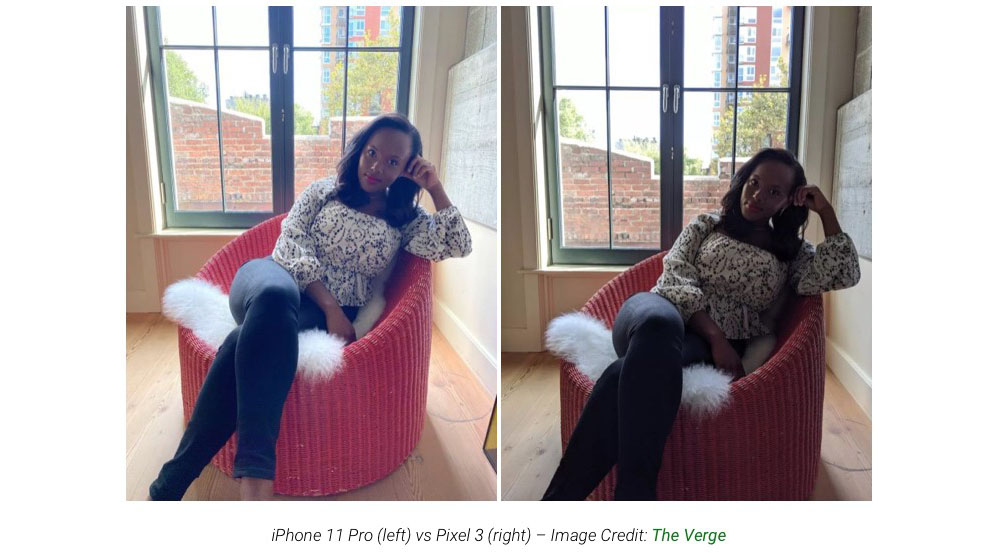 These are the best Pixel 4 and 4 XL deals