TVs are a big purchase, but while we would recommend you check out a TV for yourself before buying it, we have a few suggestions to get you started. To make price comparisons easier, our picks are all going to be at 65 inches, but there are equivalent 55-inch models available for less. 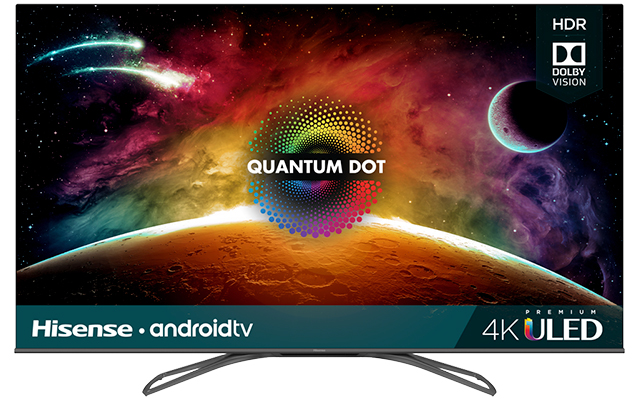 Whether or not you recognize the brand name, this year Hisense has a TV worth paying attention to. The 65H9F is truly impressive, with local dimming LED backlighting that matches up to the competition from Vizio and TCL, plus the inclusion of quantum dot tech that keeps its colors up to par. It has Dolby Vision HDR support and upscales lower-resolution content well.

At about $900 it’s right in the middle of the pack price-wise, but the compromises are few. Despite an interesting-looking stand, it should fit perfectly in your living room, as it’s ready to accept voice controls from Google Home and Amazon Alexa.

It has a weaker speaker setup than some of the others, and it’s not great at off-angle viewing. But if you bring your own soundbar and sit in front of the TV when you’re watching it then I think it will work just fine. 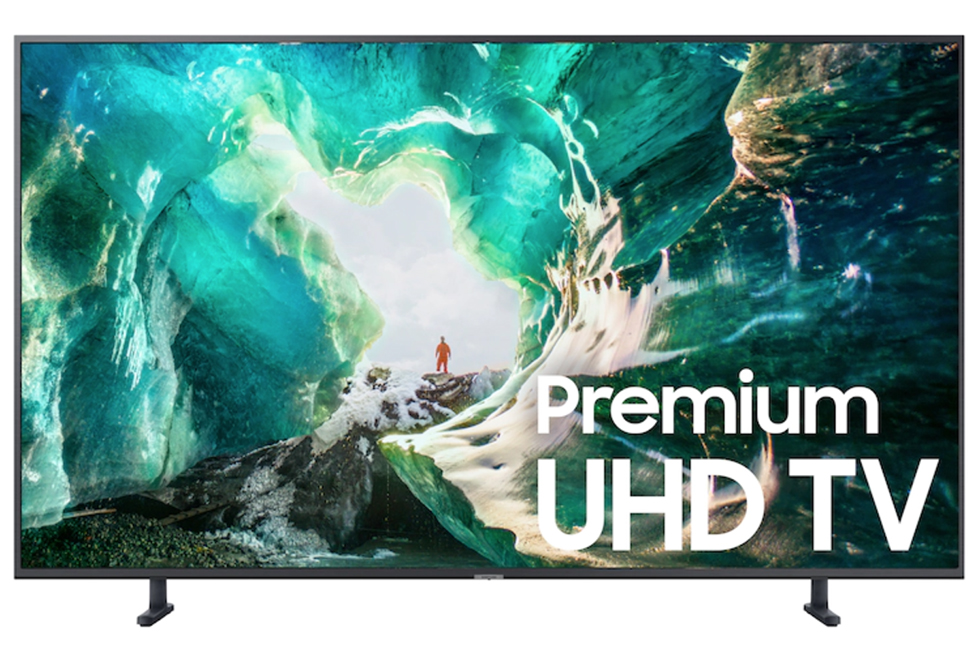 A standard-bearer in midrange 4K TVs is this 8000 series set from Samsung. As you’d expect from a big-name manufacturer, it brings all of the standard features, although Samsung swaps out Dolby Vision HDR for its preferred HDR10+ technology. It’s fairly similar in experience and becoming easier to find with support from Netflix, Amazon and some Ultra HD Blu-ray releases.

What Samsung brings to the table is its own app platform that is the only one where you’ll find Apple TV’s full video app integrated directly into the TV. It also has a low input lag which will please gamers, plus support for variable refresh rate and auto low latency mode — features that are hard to find in this price range. On the other hand, instead of voice assistants like Alexa or Assistant, you’ll be living with Samsung’s Bixby AI instead.

I don’t have any issues with this TV compared to the others mentioned, I’d just like it a little better if it were cheaper. You can find it pretty easily for about $1,000 right now, and if you see it on sale for less then it makes for a much more compelling option. 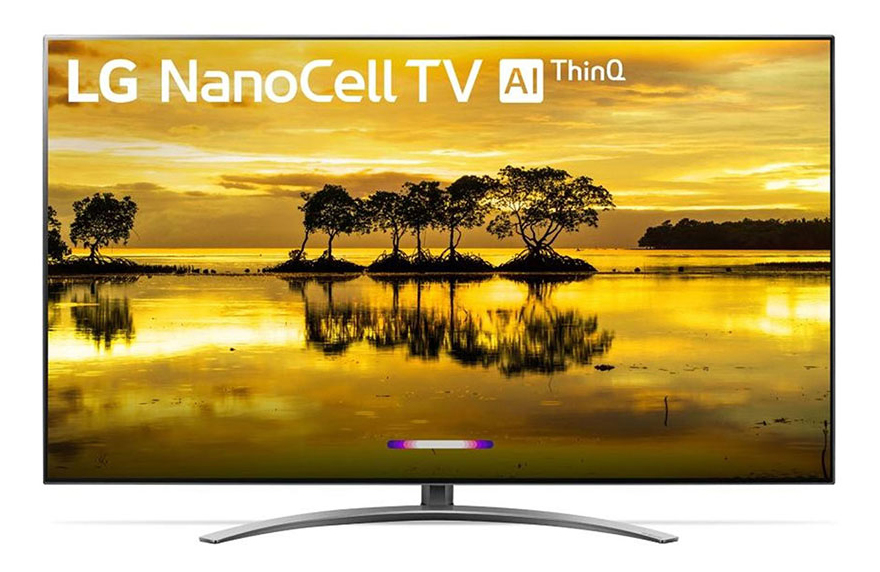 Like Samsung, this one has a bigger name and costs more, while offering similar middle-of-the-pack performance. The picture quality, even with HDR and support for Dolby Vision, is just alright, although reviews indicate it can deal well with a brighter room and off-angle seating positions.

It also costs just under $1,100, so despite LG’s webOS smart TV platform, AirPlay and other features, this one won’t get our highest recommendation. Its sibling the LG SM9000 adds full-array LED backlighting and better picture quality, but it also costs even more, at $1,300 for a 65-inch. 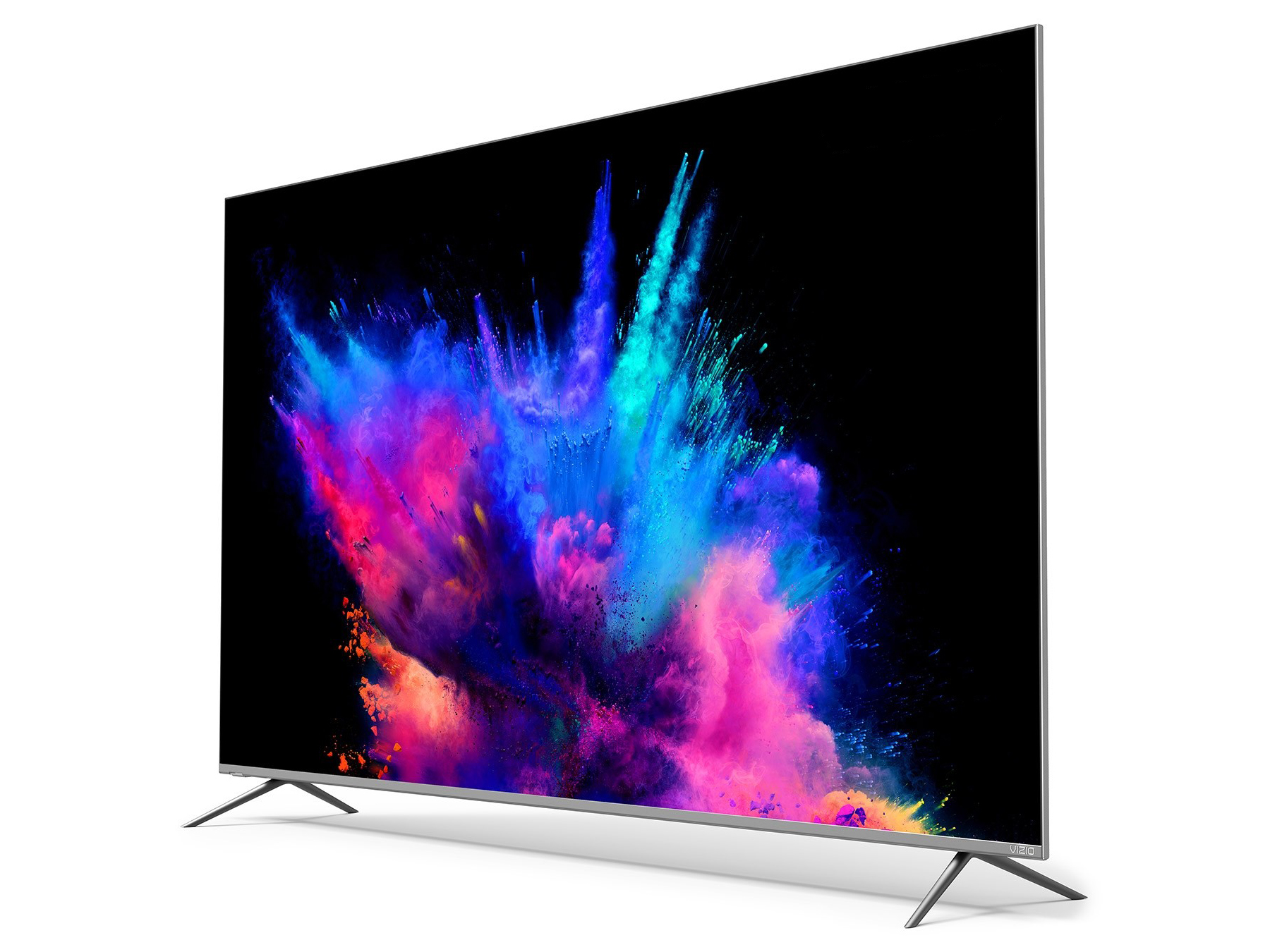 This year Vizio mixed up its premium 4K TV lines with the addition of a new “X” model, but the standard P-Series is still a very good option. At $1,099, it strikes a good balance of just-above-midrange features without stretching your budget.

5 HDMI inputs, including one low-latency slot built for gaming bring the value that people have come to expect from Vizio. Of course, if you don’t want to plug anything in then its interface is built for use with Google Cast, plus it was one of the first TVs out of the gate with AirPlay.

Quantum dots improve its color performance and make sure that whatever you’d like to do with this TV — gaming, watching movies or streaming something free — it will look like you spent a lot more money than you actually did. 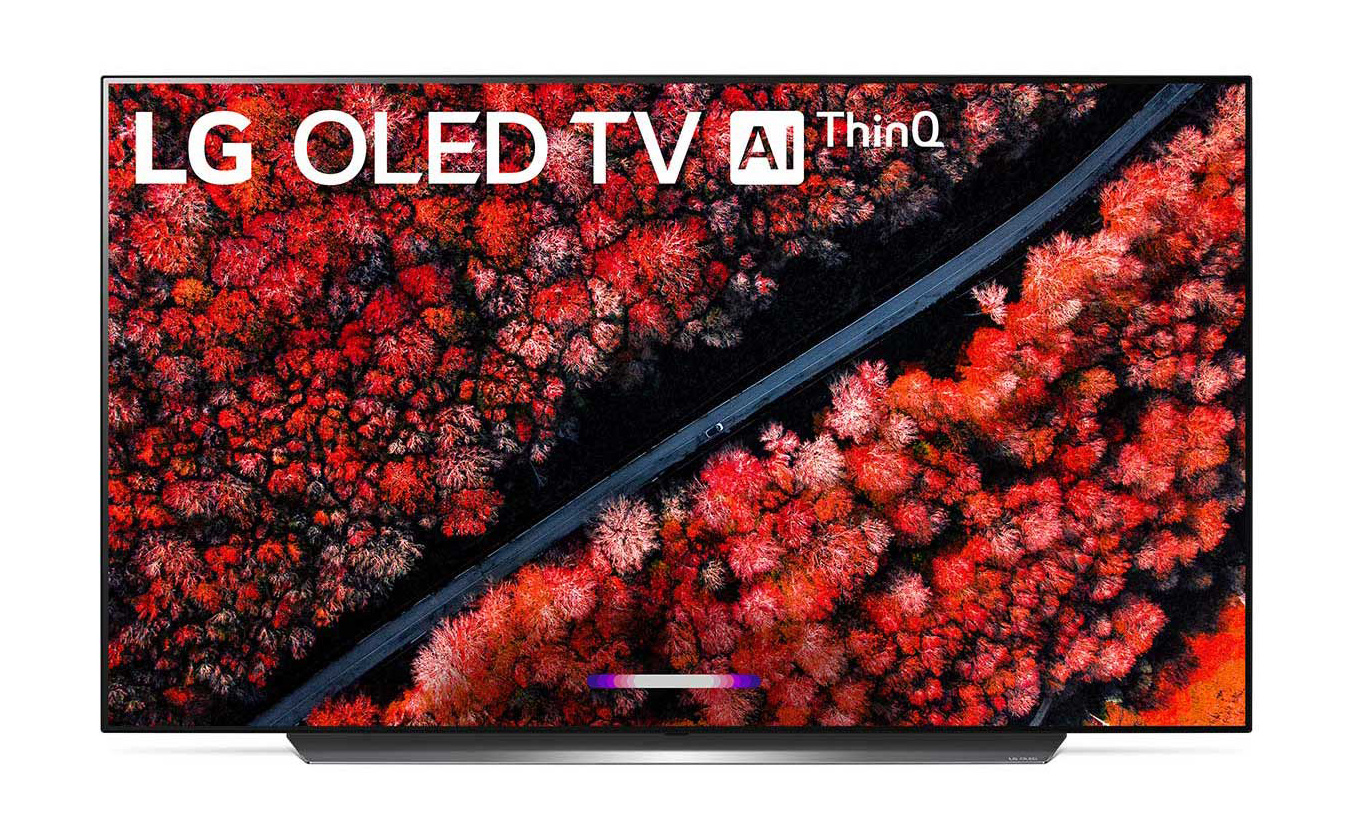 Who better to trust for OLED than the company that has perfected making it? Prices for LG’s screens haven’t come down as fast as we’d like, but that doesn’t make them any less desirable. In fact, some reviewers prefer this $2,500 set to the more expensive Sony model, so you can enjoy a more than $1,000 price difference without feeling the slightest hint of FOMO.

In 2019 LG built-in support for AI assistants that goes beyond what others can do, with the ability to ask Alexa questions whether you own a standalone Echo or not. Over the years LG’s ‘Magic Remote’ pointer has gotten better at navigating the webOS menus on these TVs, and flipping through the apps is always easy.

It’s also AirPlay 2 and HomeKit-ready for Apple fans, so you won’t need additional hardware to watch Apple TV+ programming. If you’re a gamer, then you’ll be pleased to know that these TVs have some of the lowest input lag around, with support for variable refresh rates on the Xbox One, and more recently, tear-free PC gaming with NVIDIA’s G-Sync. 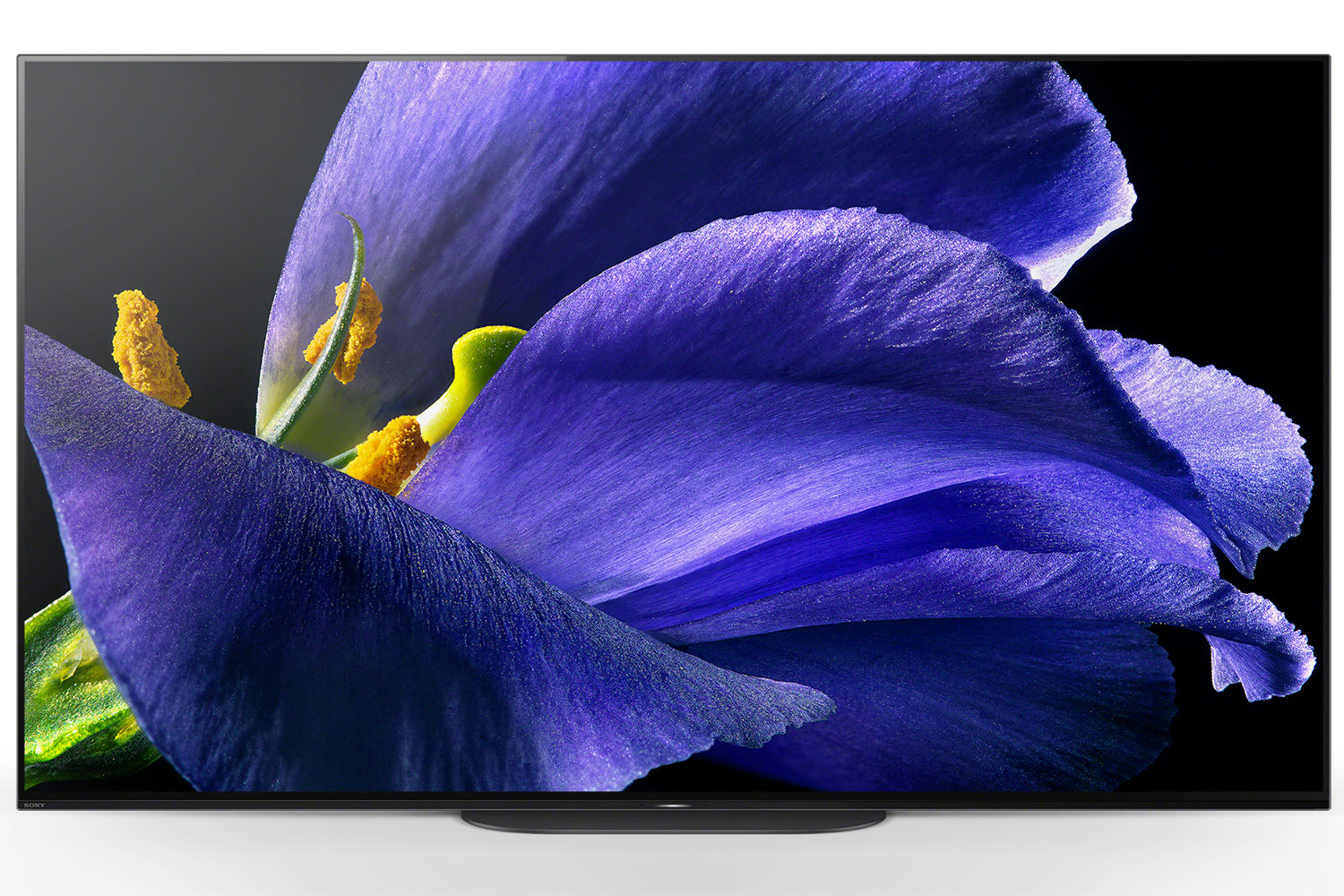 If your budget allows for it, then a combination of the best looking display technology and amazing image processing is probably the way to go. Sony’s ‘Master’ level 4K television isn’t cheap, but there’s a reason it rates highly among experts — it makes the most of every single OLED pixel.

Put this sleek, nearly bezel-less display in a dark room and it will deliver the cinematic experience you’ve been waiting for, without many other compromises.

While it’s hard to imagine spending nearly $4k on a television for its built-in speakers, the Acoustic Surface Audio+ is a neat trick that actually sounds good. Even if you have a home theater setup, this allows the TV to deliver center channel sound without so much as a visible speaker grille.

This year Sony’s remote is worth noting, with a couple of streaming-dedicated buttons and the ability to work without needing line of sight. Its Android TV OS means you are at Google’s mercy for software updates, but there are tons of apps at the ready, and Google Assistant to make sure content is easy to find. Finally, it even includes Netflix Calibrated Mode to make sure you’re watching Stranger Things exactly the way the Duffer Brothers intended.

Could the nation’s fridges rebalance the UK National Grid?