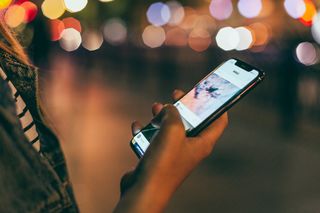 We know that our smartphones are expertly-designed distraction devices that undermine our efforts to resist. But, we also know that resistance is crucial if we’re ever going to find a workable middle ground with our phones – and a recent study has served up another reason to strengthen our resolve.

Here it is: when you pick up your phone while doing anything mentally challenging, you’re handicapping your brain’s ability to recharge and performance predictably decreases.

That’s the conclusion of a study that put roughly 400 college students to task solving challenging word puzzles. When they were about halfway through, the researchers allowed most of the students to take a break either using their phones, using a computer or reading a print circular. Other students were told to just keep on working without any sort of break.

The results showed that the students who took a break with their phones were the most mentally drained of all the groups. They took 19% longer to finish the tasks and they solved 22% fewer word-problems than all the other groups combined. In fact, the cell-phone group’s efficiency and processing speed was about the same as the group that took no break.

The reason offered by the researchers isn’t merely because digital devices are inherently engaging (some of the students used computers during their break, also digital devices), but because our smartphones are attention portals into so many other attention-grabbing areas, each pulling our mental energy in different directions.

“Cellphones may have this affect because even just seeing your phone activates thoughts of checking messages, connecting with people, access to ever-refilling information and more, in ways that are different than how we use other screens like computers, and laptops,” said Terri Kurtzberg, study co-author and associate professor of management and global business at Rutgers Business School in a press statement.

This research underscores our chronic underestimation of the energy drain from using our smartphones, and our overestimation of what our brains can handle. We tend to think that one distraction is just like another, but the science is showing that’s simply not true – not all distractions are the same. They don’t exert the same draw on attention, the same drain on energy, and consequently the same effects on performance.

We’re also underestimating the emotional connection we’ve developed with our phones. It’s no longer just a device, it’s a companion. More specifically, it’s a proxy companion giving us access to a deluge of things with emotion-eliciting components. Quoting from the study: “This finding supports the developing theory that people are more cognitively and emotionally attached to their phones than they are to other devices, including other electronic tools such as computers.”

“It is important to know the costs associated with reaching for this device during every spare minute,” Kurtzberg added. “We assume it’s no different from any other break – but the phone may carry increasing levels of distraction that make it difficult to return focused attention to work tasks.”

The study was published in the Journal of Behavioral Addictions.

OnePlus reveals the next 7T series design, and why it put the cameras in a circle

Alarm.com Wellcam Named a 2020 New Product of the Year