With EMUI 10 beta testing recruitment now in full swing, Huawei just announced the next batch of devices that are getting access to the new firmware. The list includes phones from both Huawei and Honor brands as well as two Huawei tablets and is divided into open and closed beta testing. The updates will come between October and December depending on the device. 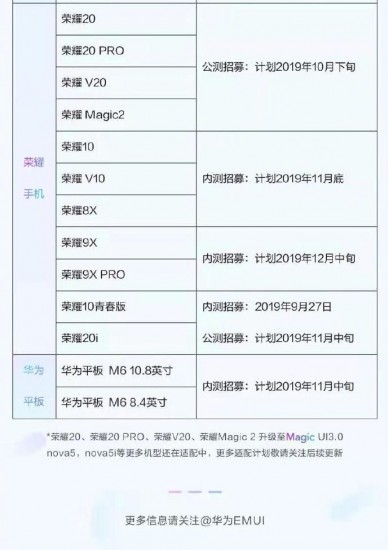 In the official Weibo post, Huawei mentioned that this is a preliminary list and more devices are expected to join the ranks in the coming months.

Source (in Chinese) | Via

Watch out for rise of deepfakes, ransomware in 2020