In this guide, we’ll go over everything you need to know about Haptic Touch and how it differs from the 3D Touch feature that’s been available since the iPhone 6s. 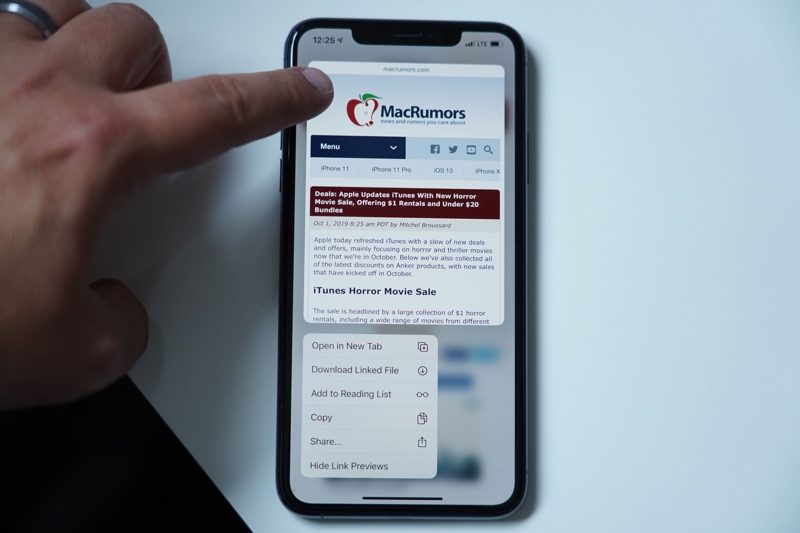 What is Haptic Touch?

Haptic Touch is a 3D Touch-like feature that Apple first introduced in the 2018 iPhone XR and later expanded to its entire iPhone lineup.

Haptic Touch uses the Taptic Engine and provides haptic feedback when the screen is pressed on one of Apple’s new iPhones. A Haptic Touch is a touch and hold gesture, and it can be used across the iOS 13 operating system. 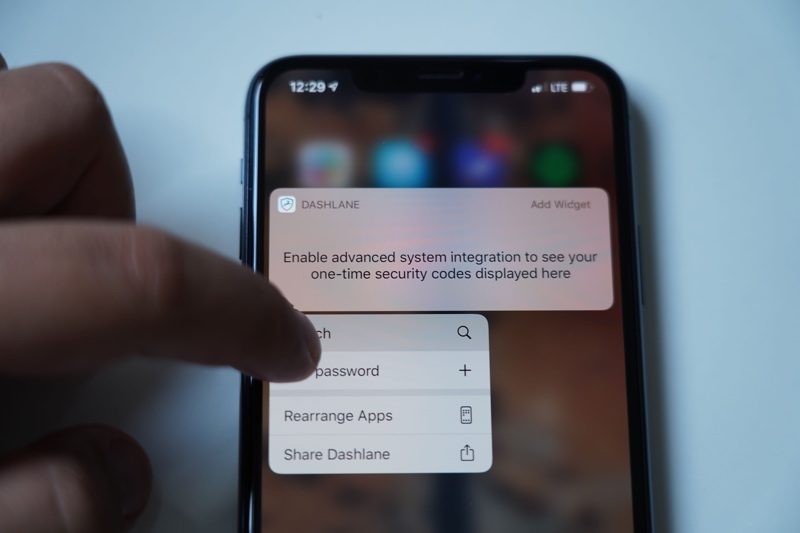 Haptic Touch can be used by pressing in a relevant location until a little haptic pop is felt against the finger and a secondary menu pops up, with content varying based on where you’re using the feature. A simple tap will activate one of the options on the secondary menu that pops up.

How is Haptic Touch different from 3D Touch?

3D Touch supports multiple levels of pressure, so you could have a softer press do one thing and a harder press do another thing. As an example, Apple used the multiple pressure levels for “Peek and Pop” gestures.

On a 3D Touch device, you were able “Peek” into a web link to see a preview, and then press harder to pop into it and open it up in Safari, for example. Those secondary “pop” gestures are not available with Haptic Touch because it’s a single level of pressure (essentially a long press) rather than multiple pressure levels. 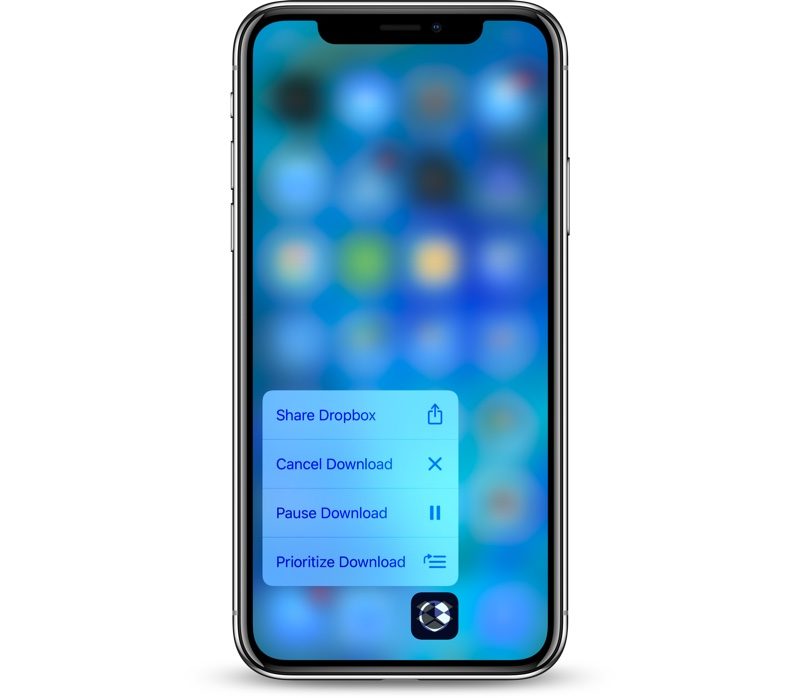 You can still sort of get the same functionality as Peek and Pop, but now it’s more of a Peek and Tap. Just press and hold to activate a Peek with Haptic Touch and then tap the relevant section of the menu or preview that pops up.

Where does Haptic Touch work? 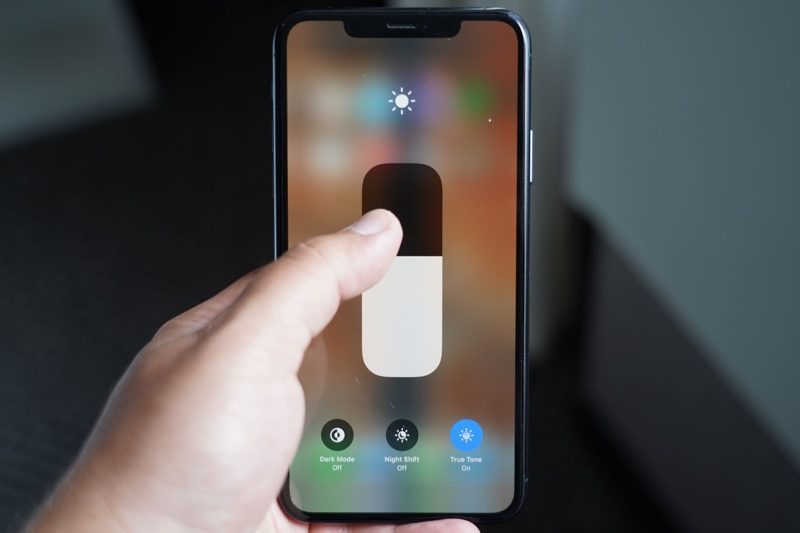 There are some notable differences in how Haptic Touch and 3D Touch behave. As an example, with 3D Touch, you could press anywhere on the keyboard to turn the iOS keyboard into a cursor. With Haptic Touch, you have to use that gesture on the space bar, which is an adjustment.

Deleting apps has also changed somewhat. Rather than pressing and holding briefly to make the apps “jiggle,” a press and hold now brings up an option to “Rearrange” apps, which lets them be rearranged or deleted. You can still use the old method, but the press and hold needs to be a lot longer.

Below are some of the main things that Haptic Touch can do:

Haptic Touch essentially works across the iOS 13 operating system and in most of the Apple designed apps, along with some third-party apps. Almost all apps have extra elements that can be activated with a Haptic Touch gesture, so it’s worth experimenting to figure out what’s what.

Haptic Touch does feel different, mostly because it works a bit slower than 3D Touch gestures. Haptic Touch is a press and hold sensation, while 3D Touch is a faster press with force kind of gesture that activates quicker.

The actual haptic feedback component of Haptic Touch feels similar to the feedback received from a 3D Touch, so in that respect, it’s close to indistinguishable. As mentioned, though, there’s no secondary level of feedback when using Haptic Touch like there was with 3D Touch.

Why did Apple get rid of 3D Touch?

3D Touch was never available on the iPad, so Apple may have nixed it to make sure the iPhone and the iPad offer a similar experience.

With Haptic Touch and a long press on the iPad, the gestures used to get to additional contextual information like Quick Actions are the same. That was never the case with 3D Touch — the iPad simply didn’t have the extra gestures available. 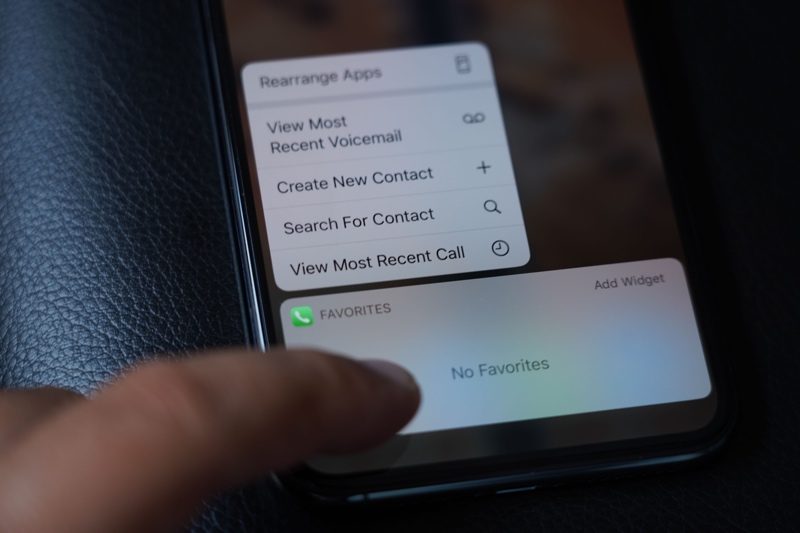 3D Touch was also something of a fringe feature that was never mainstream, which could also be a reason why Apple decided to go with something that’s simpler and ultimately more intuitive. One single press gesture is easier to use than a press gesture that supports multiple levels of pressure for different actions.

Where are the Haptic Touch controls?

Haptic Touch can be somewhat customized with an adjustable time that it takes to trigger Haptic Touch. You can choose between fast or slow activation, with the default setting being fast. 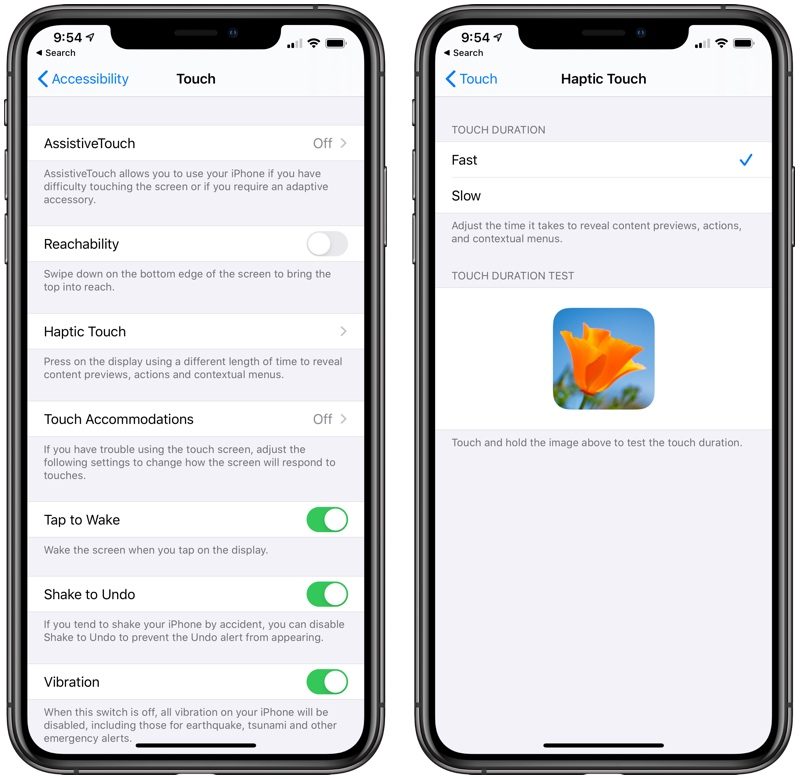 This feature is located in the Accessibility section of the Settings app:

The Future of Haptic Touch

Now that 3D Touch has been eliminated in the 2019 iPhone lineup and many 3D Touch gestures have been tweaked to be more Haptic Touch friendly even on older iPhones, Haptic Touch seems to be the new standard.

We can expect Haptic Touch to be the new feedback feature in iPhones going forward, and it’s not likely 3D Touch will be making a return.

Have questions about Haptic Touch, know of a feature we left out, or want to offer feedback on this guide? Send us an email here.

Fossil Gen 5 can now make calls with an iPhone

Could the nation’s fridges rebalance the UK National Grid?