the soundshirt is a haptic wearable device that allows deaf users to feel music on their skin. designed by fashion tech company cute circuit, the sound shirt brings music to life using a series of haptic sensors that are built into the material.

the soundshirt features 30 micro-actuators embedded in the fabric of the garment. these sensors translate the sound in real-time, into a tactile language that is unique to each piece of music being performed. 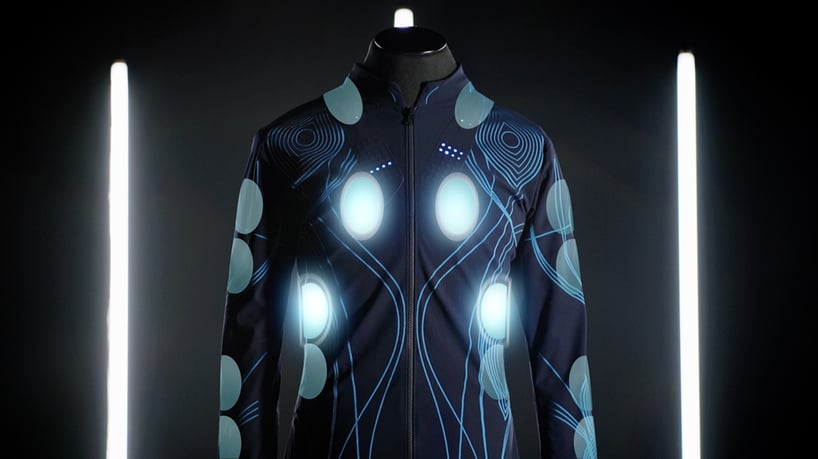 ‘in this way the violins can be felt on the arms and the drums on the back creating a fully immersive feeling for a deaf audience member,’ explains cute circuit. ‘essentially the entire composition comes to life as a language composed of a series of haptic (touch-like) sensations across the torso of the person wearing the shirt.’

in order to provide a comfortable experience for the wearer, the sound shirt is created using specifically developed smart and stretchy textiles. there is no need for wires and instead, all of the conductive pathways within the garment are composed of woven conductive textiles that are seamlessly integrated into the garment. 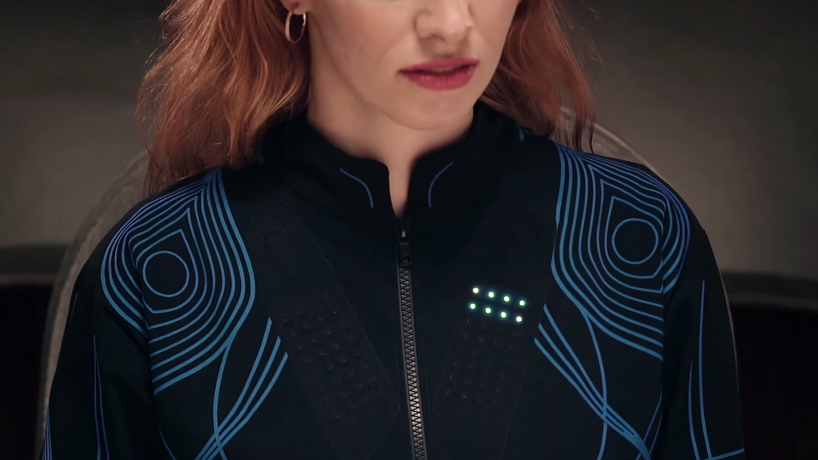 the sound shirt derives from the award-winning hugshirt, the world’s first haptic telecommunication wearable invented by cutecircuit in 2002. the exterior decorative elements in the first prototype were precision laser cut appliqués, and in the recent iterations, this decorative element was replaced with high-resolution digital fabric printing to create the striking design.

the visual design is a metaphor for the relationship between vibrations and sound waves modulating in different frequencies. the connecting lines also serve as a tacit diagram of the underlying data network of stretchable micro-electronic circuitry. 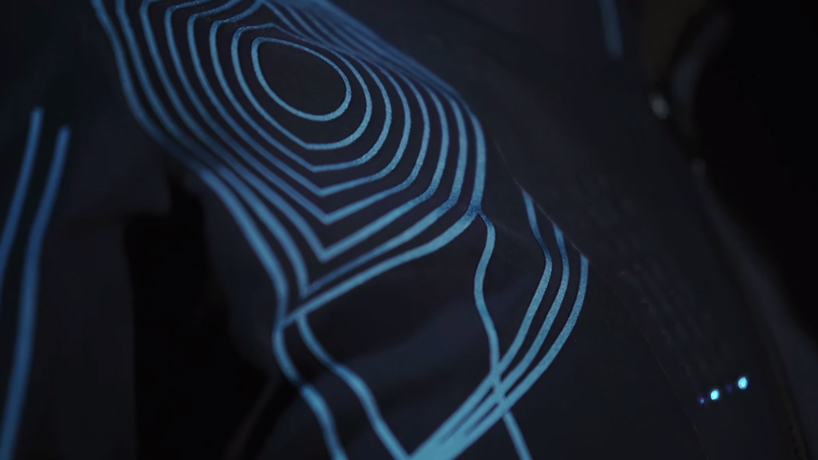 the shirt sells for upwards of £3,000 GBP (approximately 3,387 EUR and 3,712 USD) and is currently available in a selection of package deals for museums and orchestras. each package comes with a Q antenna which enables sound broadcast, 8 microphones, a mac or PC with pre-installed software, an audio converter and 1 sound shirt 2.0.

these packages range from £9,500 and £11,000 respectively. a consumer version of the shirt is available to pre-order from the cute circuit website. 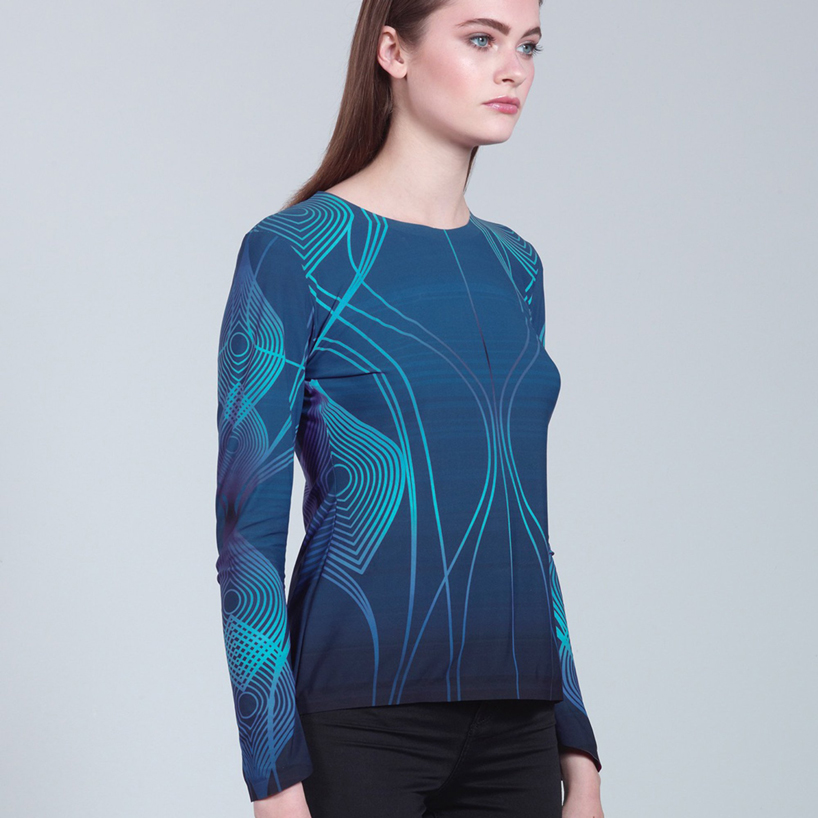 cute circuit is a fashion company based in london that was founded in 2004 by francesca rosella and ryan genz. the company specialises creating electronic wearables and has developed a prêt-à-porter collection that includes pieces made of laser-cut reflective materials, 3D digital print and smart textiles.

the company has won awards for its designs, such as the hugshirt and the galaxy dress — the world’s largest wearable led display, which features 24,000 full color LEDs. it has also designed clothes for notable celebrities including american singers nicole scherzinger and katy perry.