It’s been a messy fall for Apple software releases. iOS and iPadOS have already been updated multiple times to address bugs, and they still have issues as of early October. Now, macOS 10.15 Catalina is out, and the number one question to answer is: should you update or wait to see how things settle down?

My general rule with Mac updates is to wait longer than I do for iOS updates, simply because the matrix of app and utility compatibility is much more complicated. It’s more likely that a critical app you care about won’t work on the latest version of macOS, and you’re likely dependent on your Mac for real work, so there are higher stakes for bugs.

My answer to that question is easy, then: wait — not because there are any show-stopping bugs, but because, on balance, the new features you get aren’t so compelling (yet) that you should rush to install it. (The one exception is if you are having problems with iCloud reminders. In that case, I’d say go ahead and update, as I haven’t had major issues yet.)

Starting a review with concerns about bugs and compatibility instead of new features probably strikes you as a bad sign, but don’t take it that way. With Macs, it makes more sense to wait, and with Catalina, that advice applies doubly so since most of the major updates on day one are about nicer media experiences. 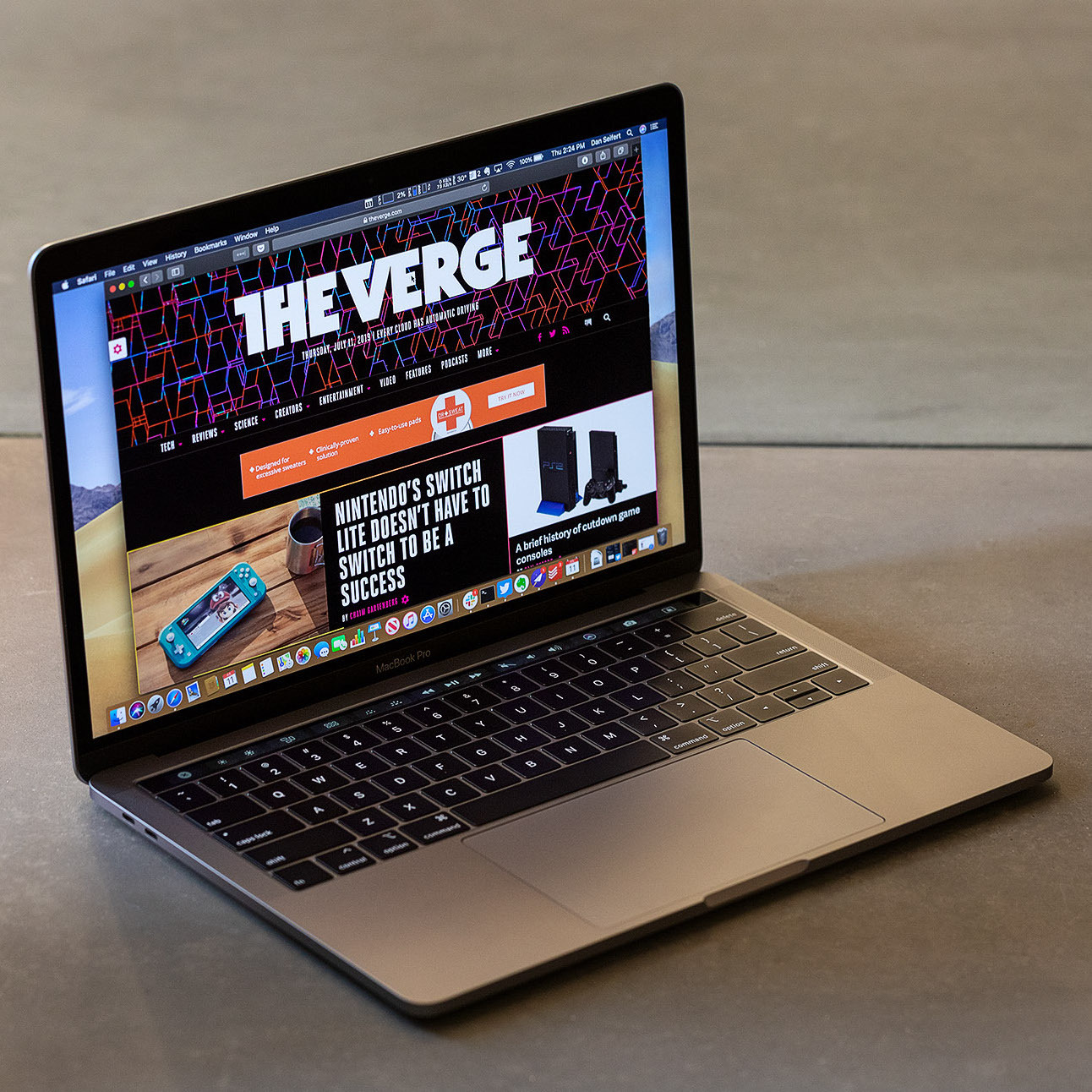 If there’s a headline feature for Catalina, it’s surely that iTunes has been broken up into several different apps: Music, Apple TV, and Podcasts. Each is better at its individual task than it was as a section within iTunes, which was teetering on collapse like the Jenga tower of various functions it supported.

You can tell these are brand-new apps, though. Podcasts is slow to connect to Apple’s servers, for example, but I was most disappointed in the Apple TV app. It seems to only be aware of content from the iTunes online store and my Apple library, whereas on iOS or my TV, it’s able to send me off to Hulu or HBO apps for shows inside those services.

Music is similarly odd in places, especially when it comes to the Apple Music subscription service. It kept popping up the Find Friends settings on me, which was ironic because I’ll be damned if I have any idea where those social features actually are inside the app. The iOS version of Apple Music is much more mature and easy to figure out.

There’s a nice new sidebar that can display lyrics or history, but the list of recently played songs in History only updates when it feels like it and sometimes just seems to forget that I’ve played something.

Still, I appreciate that Music does a better job of recognizing and respecting my music library. I’m old enough that sometimes I just want to organize my music in something like a spreadsheet view, and the Songs view does that well. I am mostly a Spotify user, but if I want to make a special playlist like a mixtape, Apple Music is much better.

The other big new media-centric feature in Catalina is Apple Arcade. It gives Mac users a small library of games but, oddly, not everything that’s available on iOS or the iPad (at least to start). I paired up my DualShock 4 controller with my Mac and played a few Arcade games. It’s not anything like Steam, but it is a nice bonus if you’re already subscribed for your other devices.

Finally, Apple updated Photos on Catalina to be more in line with the new versions on iOS 13 and iPadOS. It offers nicer-looking overviews of your months and years, plus a photo editing interface I like more than the last version. It’s not quite enough to get me off Adobe Lightroom (Photo’s crop settings still aren’t persistent), but it’s an improvement.

My favorite new feature on Catalina is Sidecar, even though you need an iPad to take advantage of it. Sidecar allows you to use your iPad as a secondary display. It works over USB or wirelessly, and I was surprised at the lack of latency, even while using it wirelessly. I’m sure a hardcore gamer would notice it, but for regular day-to-day stuff, it was great. One thing to note, though: it only works with iPads that share your Apple ID.

I am a little bummed that Sidecar is another example of Apple obviating a third-party utility with a system-level feature. Duet is carrying on by offering similar capabilities for Android tablets, though.

Sidecar has some advanced features. You can turn the Touch Bar on for it if you like. You can also interact using the Apple Pencil (not your fingers), including using Apple’s built-in markup tools. It can work with third-party apps, too, which could make it interesting for illustrators. I expect it’ll take some time before we know how well it compares to a more traditional Wacom tablet, though.

Apple has updated some of its core apps, too. Mail has some new unsubscribe and mute features. Reminders and Notes have been updated to match their iOS counterparts. Find My combines finding your friends and your devices in one convenient, ridiculously named app. As with iOS, it’s able to use a variety of tools to securely locate your lost Mac, and any other Mac that sees it can report its location.

There’s now a Screen Time section in Settings where you can track your usage, set limits, and schedule downtime. Finally, and perhaps most importantly, Apple has done some important and impressive work to make the Mac more accessible via voice input.

Ahead of Catalina’s announcement, the thing I was anticipating the most was iPad apps on the Mac. It had the potential to completely change the catalog of apps that work on the Mac, bringing thousands of previously unavailable apps to the platform. The idea is that iOS app developers would be able to easily convert their iPad apps over to the Mac.

The feature ended up being called Catalyst, and it has spent the beta period since its announcement at WWDC mired in controversy. Doubters don’t believe that these apps will feel “native” to the Mac, but instead seem like iPad apps just plopped down in the middle of your mouse-and-window-central interface like badly transplanted organs. Supporters have been disappointed with the quality and depth of the developer tools Apple has provided, which could mean that the doubters will be proven right.

Unfortunately, as of this writing, I haven’t been able to try out any of the third-party options yet. But here’s a bad sign: Apple’s own Catalyst apps like Home, Stocks, and Apple News have barely been updated for Catalina. They still don’t support features that are basic and fundamental to the Mac, like separate windows or tabs.

If this is the example Apple is setting for the rest of the iOS ecosystem, that’s a very bad sign. It’s also the exact opposite of what I hoped Apple would do.

I’ll check back in on the state of these apps once I’ve had a chance to try the officially released versions of some third-party Catalyst apps. Twitter, Carrot, Tripit, and a few other apps that I use all the time on iOS are promising to use it. For some of those apps, it will mean making something for the Mac instead of just making users go to their websites. Something is probably better than nothing.

On top of everything, there’s also the open question of whether Apple is committed to Catalyst in the first place. CEO Tim Cook has explicitly mentioned it in earnings calls, but the company announced both Catalyst and a new framework called SwiftUI that could be more exciting for developers long term. In Catalina, however, neither seems really ready.

Catalyst isn’t the only source of developer angst in Catalina. Apple has locked down the security model for the OS a little more, requiring “notarization” for apps that aren’t installed via the traditional Mac App Store. This could end up not being a big deal at all if Apple is generous and timely with said approvals, but we don’t know yet.

Apple may also be repeating mistakes Microsoft once made way back with Windows Vista by requiring so many permission approvals from users that they begin to just click them all without thinking. Michael Tsai collected a ton of quotes from developers and users who were worried about this very issue back in July.

More than anything, the potential changes to the app model are the main reason I’m recommending that you hold off on updating for a little bit. Do some Googling on your most important apps, and make sure they’re updated to support Catalina before installing it. I suspect that, for the vast majority of people and the vast majority of apps, it will be a nonissue, but it doesn’t hurt to check.

I don’t think we’re going to really know what this update will mean for the Mac until we know what happens with Catalyst apps. For Apple’s own software, Catalina’s biggest accomplishment is deconstructing iTunes into three separate apps. There’s still work to be done on Music, Podcasts, and Apple TV, but they’re a big step forward.

There are a lot of smaller features I haven’t touched on in this review — authenticating with the Apple Watch, activation lock, and improvements to the Quicktime App come to mind. You might be tempted to think Catalina is a small update, but I don’t. There are potentially big changes here, even though we don’t yet know just how big they are. Given that Apple is trying to release iOS, iPadOS, tvOS, watchOS, and macOS on a yearly schedule, that’s about the most I think anybody should expect.