Let’s start with the incredible camera. The Pixel 3 was the best camera phone of 2018, and it remains pretty much at the top of the pile. The fact that it can still go toe to toe with the multi-lens camera arrays found on Samsung’s Galaxy S10 and the newest iPhones is a testament to Google’s robust software. However, the latest crop of competitors, particularly the iPhone 11 Pro, will force Google to up its game yet again to keep the crown in 2019.

The Pixel 3’s camera app received the much-teased Night Sight feature after the phone itself had already launched. This mode takes several long exposures and then uses machine learning to combine them into a well-lit image, even when the reality is anything but. Since then, several phones, from Huawei’s P30 Pro through to the most recent iPhones, have debuted with their own low-light modes. It’s a great idea — and it’s hard to fault these companies for copying it. 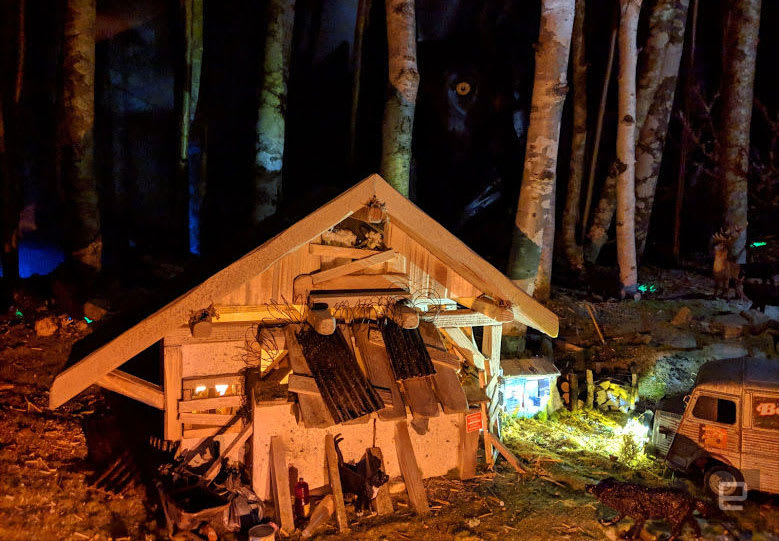 Other imaging features, like Top Shot, Photobooth, Super Resolution Zoom and Playground, were sidelined by Night Sight. Personally, I still use a few of these, with mixed results. Top Shot, which captures a few frames before and after you press the shutter, suggests the image it thinks is the best, adding some peace of mind when you’re trying to capture the action, even something as mundane as birthday cake candle blow-outs. Keeping this turned on in the camera app has been a no-brainer.

Meanwhile, the software-based Super Resolution Zoom tries to gauge every tiny shake and wobble of your hands, combining multiple exposures to clarify an image after digitally zooming in. Results were (and still are) pretty unremarkable, looking like a phone from several years ago — a lot of noise, not enough detail. Playground, with its Marvel and Stranger Things-themed augmented reality stickers, was a one-hit-wonder and I never really spent any more time with it. I’m sure these marketing deals were lucrative for Google, though.

Moving on, Photo Booth uses smile detection to help capture the best selfie on the front-facing camera, but I found the biggest selfie improvements came from the new wide-angle lens, making it easier to cram in more of your buddies.

Even without Night Sight, the Pixel 3 continued the Pixel series’ knack for impressive low-light photography. It’s been my go-to camera (recently supplanted by the iPhone 11 Pro), if only due to the fact that anyone can take great photos with it — meaning I can be in the picture and not just be the de facto take-the-photo guy.

The Pixel 3’s software was initially a little half-baked. After getting into users’ (and reviewers’) hands, there was a laundry list of bugs and issues, with flashing screens, atrocious call and audio quality, disappearing photos and phantom notches frustrating early adopters. Google managed to address these issues over the months, but it was a bumpy start for a company that literally makes the mobile OS that runs on these devices. That was likely the issue: The Pixel 3 launched so soon after Android 9.0 became available, that there was less time to iron out kinks before the phones went on sale in October 2018. It explains it but doesn’t quite excuse it.

Digital wellbeing was one of the most notable features to land with Android 9, and I’ve used it to track my phone use. I love drilling down into specific apps that were my boredom go-tos, helping me police my usage. Google’s new Focus Mode also added an easy way to avoid and silence certain apps — something I still dive into every month or so.

For those banner AI Pixel 3 features, my experience differed from my colleague Cherlynn Low, who reviewed the phone for Engadget. In the UK, and pretty much everywhere that isn’t the US, Pixel 3 users are still lacking a lot of the headline-grabbing Google AI features, like Duplex, aka the AI robot caller.

Given my lack of access, I asked Cherlynn if she still uses the features. Was it merely a technical demo, or something that genuinely helped? Her response: “I love it. I use it all the time.” Cherlynn added that Duplex works well for the most part, though the service sometimes can’t understand the caller. It still feels very much like a beta product, but it would be nice to try it all the same.

In the US, Call Screen works as advertised too, with most spam calls dropping the second they realize Google Assistant is screening. Call screening isn’t necessarily a Pixel 3 feature, per se; it’s also headed to cheaper phones like the Motorola G7 and the Pixel 3a. Phone carriers have also started to tackle the spam call problem, with AT&T and Verizon offering their own services to block spammers. (Disclosure: Verizon is Engadget’s parent company.)

More recently, Android 10 landed on Pixel phones — the other major benefit of owning a Google-made smartphone. I won’t reiterate what Chris Velazco said in his review, but the banner feature for me has been the system-wide dark mode, making it gentler on your eyes, not to mention the Pixel’s battery. (AMOLED displays use less energy with black colors.) The Pixel 3, with its all-screen design, also benefited from the overhauled gesture navigation scheme — so much so that I won’t go back to on-screen home and back buttons. You can’t make me.

A lot of the Android 10 “upgrades” won’t benefit the current Pixel 3, however. There’s no foldable Pixel (yet), nor are there any models that are 5G capable. Maybe that will change next week once Google has announced all it has to announce. (It probably won’t.) 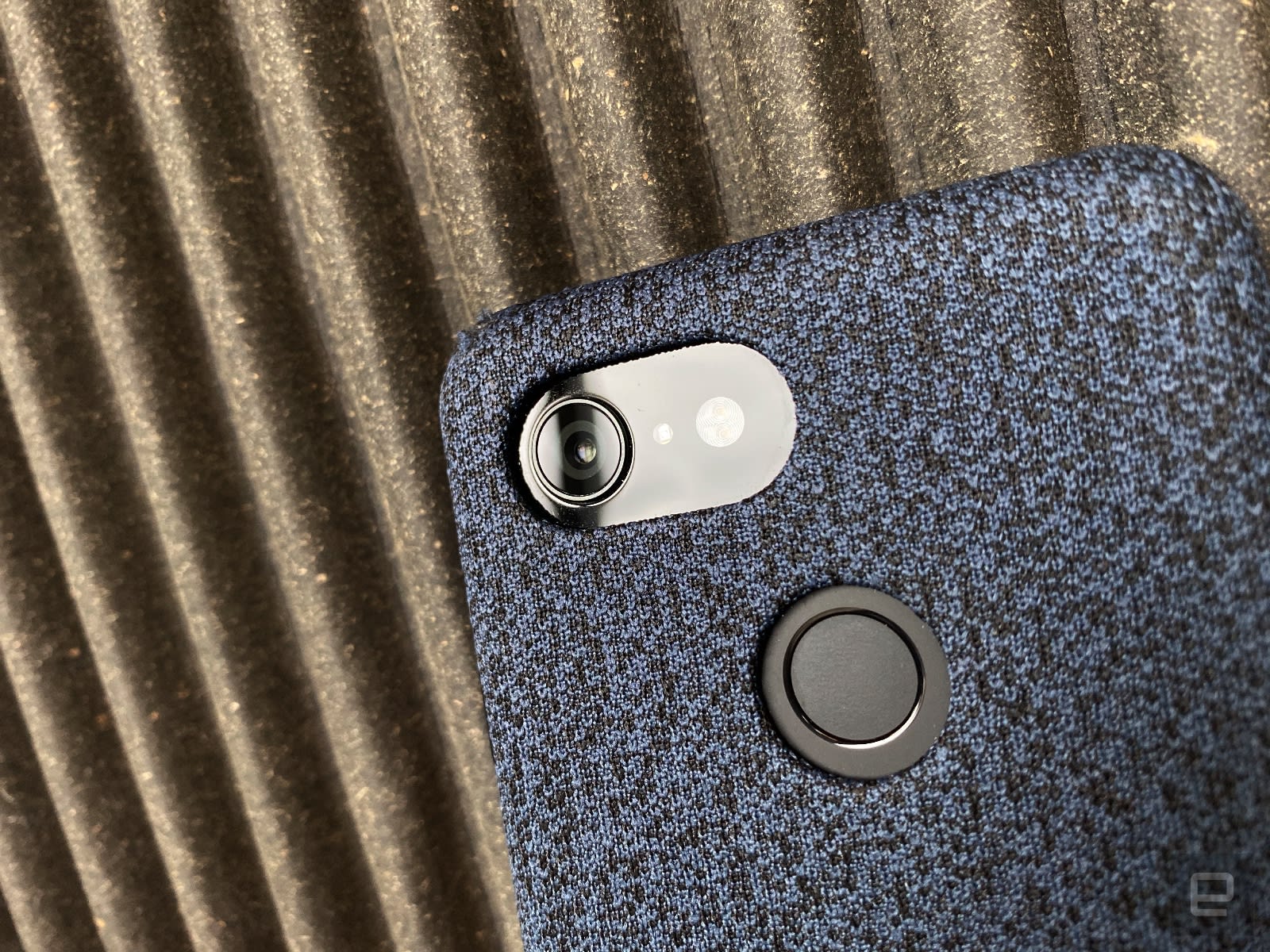 Another thing that frustrated early Pixel 3 buyers were the heavy discounts that followed shortly after launch, like a Black Friday deal that snipped $150 off the price of the month-old phone. Then there’s the Pixel 3a, a phone that snatches all the best bits of the Pixel 3 and landed with a sub-$400 list price. Corners might have been cut, but overall the 3a seemed like a better value proposition. That might be the biggest criticism of the original Pixel 3, when a phone at half the price does almost just as good a job. Maybe the attraction of a Pixel phone is the software smarts, or maybe cutting-edge specs are less important for Google. If so, what does that mean for the Pixel 4’s asking price?

Follow all the latest news from Google’s Pixel 4 event here!

What iPhone 11 event announcements are you excited for?

The Most Popular House Styles Through the Decades