The U.S. Patent and Trademark Office granted Apple 59 newly granted patents today. Our final granted report of the day covers spatial coordinates of a 3D reconstruction that played a role in developing ARKit. We wrap up this week’s granted patent report with our traditional listing of the remaining granted patents that were issued to Apple today.

One of Metaio’s Acquired Patents Relating to AR

If you saw Apple’s first AR demo at WWDC 2017 event then you know that when Apple’s SVP of Software Craig Federighi moved virtual furniture around on a demo table, the crowd reacted with amazement at the accuracy of the virtual elements moving in realtime. This is one of the inventions that made that happen. The technology behind that came from Metaio that Apple acquired in 2015. Moving furniture around was something that IKEA was interested in advancing and Apple’s new ARKit made it happen with Metaio patented technology.

Today Apple was granted patent #10,445,895 titled “Method and system for determining spatial coordinates of a 3D reconstruction of at least part of a real object at absolute spatial scale.”

Apple’s invention relates to a method and system for determining spatial coordinates of a 3D reconstruction of at least part of a first real object at absolute spatial scale.

One method described in this invention may be used, for example, in relation with vision-based Simultaneous Localization and Mapping (SLAM), which is a well-known technology for creating a geometrical model of a real environment using one or more cameras without requiring any pre-knowledge of the environment.

Another common term for the same technology is Structure from Motion (SfM). The geometrical model, that has at least depth information, is also referred to as a 3D map of the real environment.

Apple’s patent FIG. 6 below shows an exemplary embodiment of the present invention implemented with a handheld device. The user is able to view a chair and then choose different size pillows that could be purchased from a catalog ahead of time to see if the colors or sizes work for the chair.  The Pillow made to scale could be set on the virtual chair so that a user can see what something will look like before purchasing it. 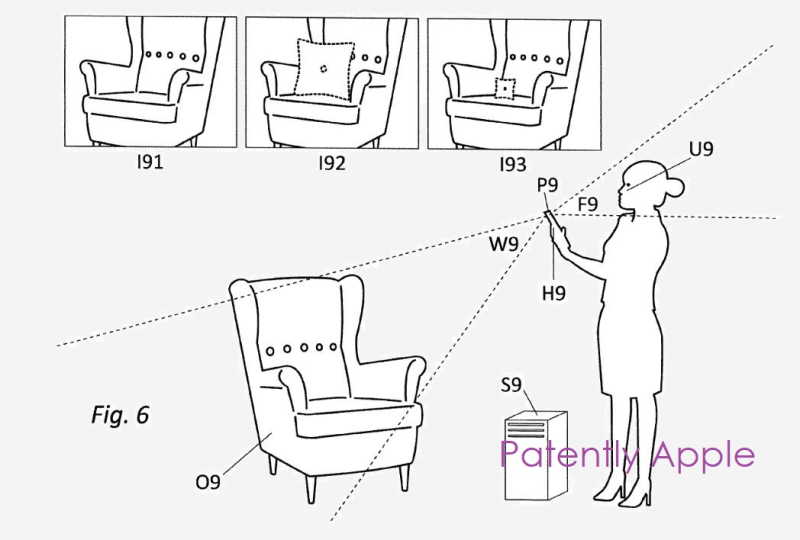 Another example would involve taking a picture of user’s living room and then choosing virtual furniture to see how it would fit into their living space.

For those wanting to drill down into the details of this patent can do so by clicking here.

Two of the Inventors 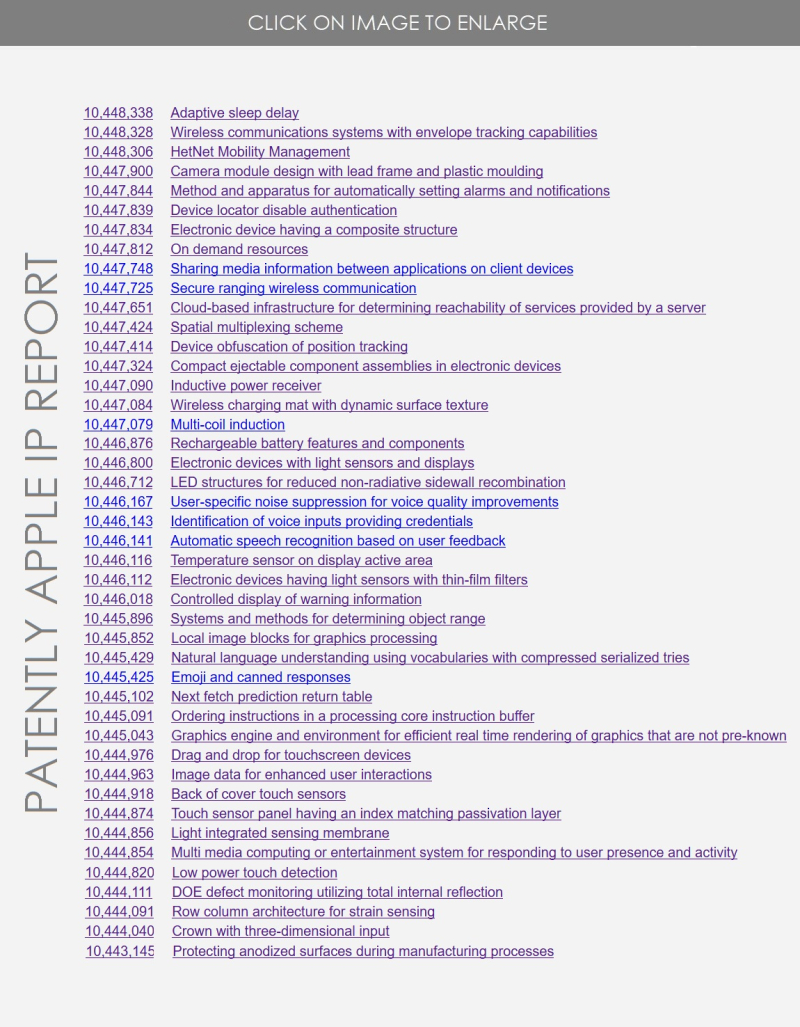 About Making Comments on our Site: Patently Apple reserves the right to post, dismiss or edit any comments.