Although everyone here at Android Police is passionate about Google’s goodies, it is no secret how we feel about Wear OS —  fundamentally flawed, embarrassing, and persistently lagging behind the competition. Not surprisingly, Wear OS makes up less than 12% of smartwatch sales in the US. One of the most glaring misses by Google is the distressingly low number of countries that support Google Pay on Wear OS watches — compared to Samsung’s 24 and Apple’s 57, Google Pay is only accepted in 11 countries. Thanks to an app called Permanent Proxy by XDA forum member Jolan Rensen, however, you can now activate and use Google Pay in an unlisted country.

Using Permanent Proxy to fool your Wear OS smartwatch into thinking it’s located in a Google Pay-supported country is like how some users use a VPN service to overcome regional restrictions placed by services like Netflix.

To use Google Pay on Wear OS in an unlisted country, you’ll need the following:

Here are the steps to take:

The latest version of Permanent Proxy is 3.2 and it was published on October 17th. Two users from the Permanent Proxy XDA thread have already reported successfully activating Google Pay from their unlisted countries.

Although this is certainly a nice solution to activate Google Pay on Wear OS in places you couldn’t before, it would be infinitely better for Google to diligently expand support. 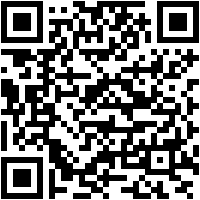 Virtual reality gives social recluses a chance to start over