Research firm Gartner has released its latest forecast for consumer wearable technology spending, and the estimates suggest that people are about to dramatically increase their spending on those gadgets. Gartner predicts that next year, consumers worldwide will spend $51.5 billion on wearable tech, including smartwatches, ear-worn devices, and headsets — a 27% jump from 2019’s forecast spending.

The research firm noted that much of that spending growth is coming from people buying their first wearable devices, and that tech improvements — particularly in the area of smaller, smarter sensors — will lead to popular new devices.

The fact that the market for wearable tech is growing so quickly is great news for Apple (NASDAQ:AAPL), which leads the pack sales-wise in the niche, and is expanding its wearable device lineup. 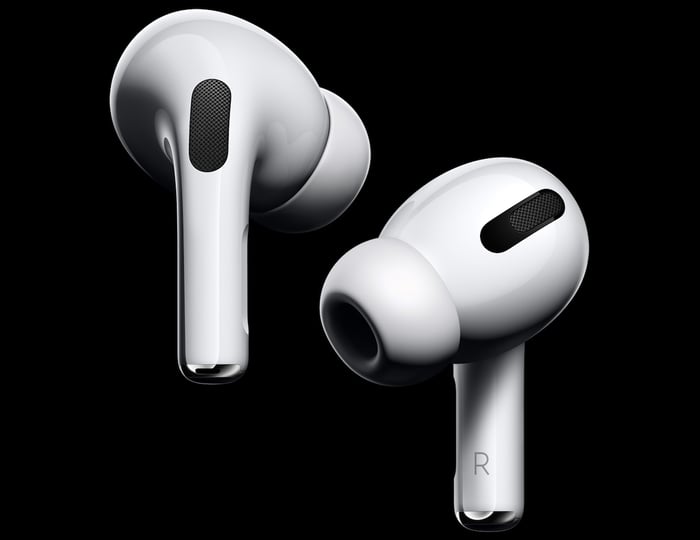 Apple is already the wearable tech leader: It has the No. 1 smartwatch with its Apple Watch, and it dominates in ear-worn devices with its AirPods and its Beats by Dre brand. What’s great for the company, and its shareholders, is that the Gartner data shows that both of these categories are poised to grow significantly over the next year.

Smartwatches are the main driver of wearable tech’s growth, with worldwide sales expected to climb 34% next year to $22.8 billion. When looking at shipment volumes, ear-worn devices follow as the second-largest category, while headsets take the No. 2 spot by revenue. Next year, 86 million smartwatches and 70 million ear-worn devices will be shipped, according to Gartner’s estimates.

The market’s growth won’t end there: Gartner projects that total wearable tech revenue from end-user sales will reach $62.9 billion in 2021, up 55% from 2019.

Of course, Apple has been betting on wearables for years now. The company is already on the fifth version of its Apple Watch, and it just announced a Pro version of its AirPods. Its early moves are already paying off — the company’s “wearables, home, and accessories” revenue segment grew 54% year over year in the fiscal fourth quarter, which ended Sept. 28. That means wearable devices are the company’s fastest-growing revenue segment.

Apple is banking on a handful of new devices to keep improving its position in the segment. In addition to its new AirPod Pro and Apple Watch Series 5, the company also recently updated its base model AirPods and launched new PowerBeats Pro and Solo Pro devices from its Beats by Dre brand. So the company has five new wearable devices on sale right now, compared to last holiday season.

With all of these new wearable devices, Apple should benefit from the broader wearable tech market’s growth as we head into 2020. And with Apple smartly updating its AirPod and Beats by Dre lineups at a time when ear-worn device sales are poised for stellar growth, it means that investors should remain optimistic that the company is on the right track with its wearable tech strategy.

There’s a neighborhood of Amazon ‘smart homes’ south of Seattle

EchoStar Aims at IoT, Snags S-Band Spectrum at a Steal