Google has agreed to acquire Fitbit (NYSE:FIT) for $2.1 billion in cash. The move will give the Alphabet (NASDAQ:GOOG) (NASDAQ:GOOGL) subsidiary a foothold in the wearables market, an area it’s been trying to develop for several years now by licensing Wear OS, a smartwatch operating system based on Android. Fitbit accounted for roughly 10% of smartwatch shipments in the second quarter, according to data from Strategy Analytics.

Still, everyone trails the market leader, Apple (NASDAQ:AAPL), by a wide margin. Apple Watch accounted for 46% of smartwatch shipments in Q2, and helped push the tech titan’s wearable segment revenue 54% higher in its fiscal fourth quarter to $6.5 billion.

Importantly, Apple’s wearable sales give consumers a reason to choose iOS over Android when it comes time to upgrade their more expensive hardware. That’s something Google wants to combat. 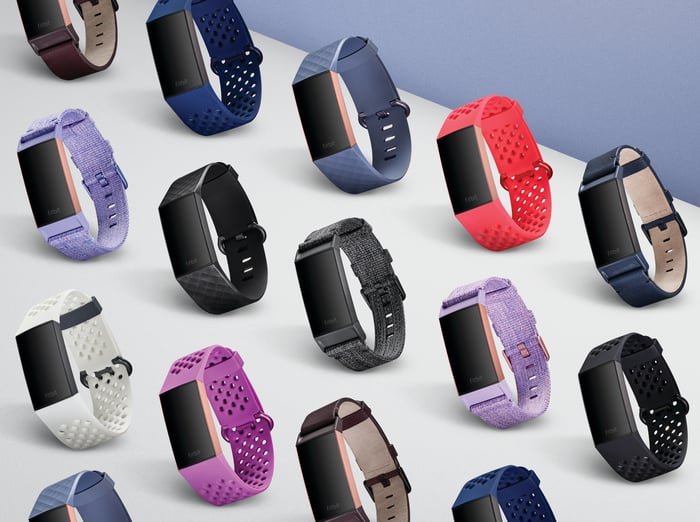 One thing Apple has done better than any other competitor is build an ecosystem of hardware and services that all work together to provide a great user experience. Google has done a good job building out a collection of devices that all work well together, including its Google Home smartspeakers, Nest thermostats and smartcameras, Pixel phones, and Chromecast devices.

“We believe technology is at its best when it can fade into the background, assisting you throughout your day whenever you need it,” Google’s senior vice president of devices and services, Rick Osterloh, wrote after announcing the acquisition. Wearable devices are a key piece missing from Google’s hardware lineup that can provide assistance when you need it and are simply sitting in the background collecting useful data in the meantime.

While Google’s ecosystem of services is much more open than Apple’s, Google’s hardware and software work best with other Google devices. Apple’s mostly walled garden encourages Apple users to buy more Apple devices. For example, the Apple Watch is much more functional with the iPhone than other wearables, including Fitbit devices.

With the growing popularity in wearable devices such as watches and earbuds, Google has an opportunity to keep Android users from switching to iOS and possibly even attract some iOS users to Google devices. If it can use Fitbit’s expertise to build attractive smartwatch devices with simple Google software (just as it’s done with HTC to build Pixel phones), consumers may have more reasons to choose Google over Apple.

Google’s reputation may be holding it back

Another thing Apple has done a much better job of compared to Google on is developing a better reputation around data privacy. It started years ago, when Apple committed to keeping Siri’s data processing local instead of sending your queries to a large database in the cloud. As other big tech companies have faced scrutiny over their data privacy policies, Apple has been running ad campaigns focused on its stance on privacy.

To that end, Osterloh promised:

We will be transparent about the data we collect and why. We will never sell personal information to anyone. Fitbit health and wellness data will not be used for Google ads. And we will give Fitbit users the choice to review, move, or delete their data.

But the average consumer doesn’t make their decisions based on what a brand or company says they’ll do, but based on how they feel about the company. Those feelings don’t always match up with the facts, but they’re still important in setting the tone for how consumers will interpret the things companies do.

Apple pitches the Apple Watch as its most personal device. To trust Google with that personal information about your health, heart rate throughout the day, and other trackable data points in smartwatches may be a big leap for some consumers.

Fitbit should help Google establish a significant presence in the growing wearable market despite consumers’ privacy concerns. If it can incorporate the devices into its ecosystem of hardware and software and have them simply “fade into the background,” it could grow the unit into a viable competitor with Apple Watch. Ultimately, Google needs an answer to the symbiotic Apple Watch-iPhone relationship that threatens its Android phone business, and Fitbit could be a key part of that.

No need to wait for a freebie, it’s worth your $50