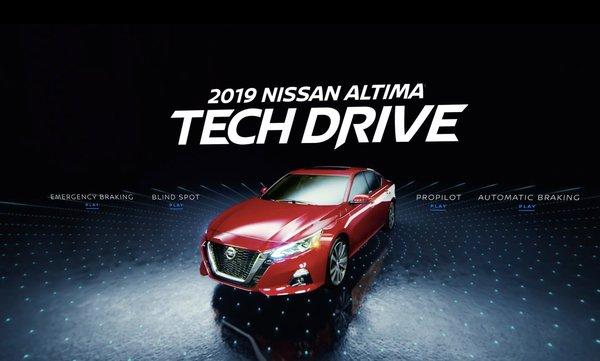 Critical
Mass Agency created Tech Drive VR, which allows users to test out Nissan’s high-tech safety features in situations that replicate real-life dangers—hazards and near misses of all kinds.
And since danger can come from any direction, the 360-degree experience allows a very real, driver’s seat perspective as the car reacts to dangers that a driver wouldn’t have
seen.

Tech Drive VR allows users to experience how it feels when technology saves the day. With a 360, virtual reality experience, the brand put technology to the test in
ways no test drive ever has. Using a custom-built 360 camera rig, it dropped people right into the action—behind the wheel and on the street—to give users a genuine, interactive feel for
how the Altima’s safety features work.

To enhance authenticity, Tech Drive was shot live, in a real car, on real streets, with threats as close as they would be in
real life. Tech Drive VR has been accessible on VR headsets at over 300 Nissan dealerships and events as well as on Microsoft Xboxes.

It’s an industry-first React360
beta that put the 360 test drive right in one’s Facebook feed and other social media platforms.