Mobile 19/11/2019 76Views 0Likes
Apple this fall partnered with 100cameras, a nonprofit organization that aims to teach photography to adolescents, providing participating students at DRW College Prep in Chicago with the new iPhone 11.

100cameras teaches the students how to use photography to tell their own stories about growing up in Chicago, using the ‌iPhone 11‌ to capture photos. Angela Popplewell, 100cameras’ co-founder, said that students were excited to use the new ‌iPhone 11‌, and it was “incredible” seeing how they used the wide-angle and Portrait modes to “really capture their point of view.” 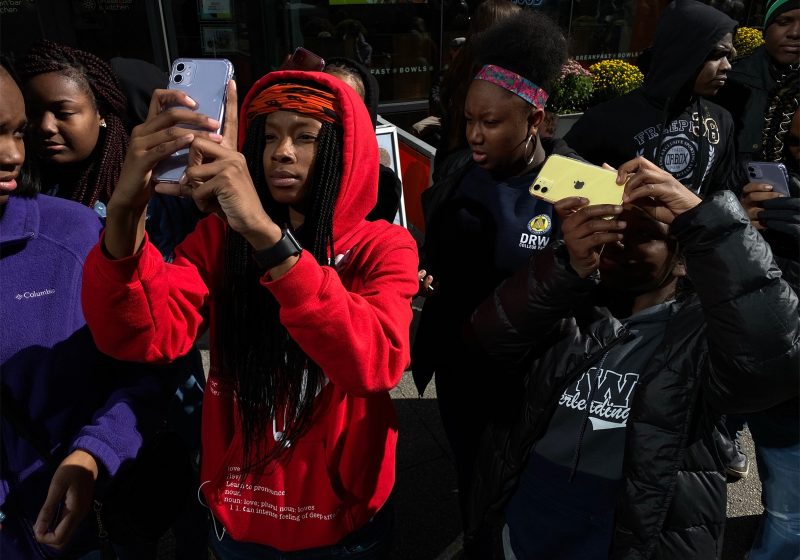 “As the residents of a neighborhood in Chicago that is often overlooked, being given the new iPhone that had been released just a few weeks prior felt like a momentous opportunity,” says Angela Popplewell, 100cameras’ co-founder and CEO. Earlier this year, Popplewell, 100cameras’ director of program operations Lydia Billings and the team started contemplating how their curriculum could be adapted to be more forward-thinking, relevant and accessible for young people in the US. ForPopplewell and her team, the new iPhone, with its built-in sophisticated camera features, was an important tool.

Apple’s vice president of iPhone Worldwide Product Marketing Kaiann Drance said that it was “amazing” to collaborate with 100cameras on the project.

“It was amazing to collaborate with 100cameras and the talented and creative students at DRW,” said Kaiann Drance, Apple’s vice president of iPhone Worldwide Product Marketing. “The ‌iPhone 11‌ camera with all its intuitive capabilities right there in your hand is such a powerful storytelling tool. To see the photos the students captured of the ways they see the world around them was truly inspiring.”

Following each program, the photos that students have captured are sold through 100cameras with 100 percent of the proceeds going back to the local community partner organizations that 100cameras visits.

Some of the photos captured by students