Airports can be stressful environments at the best of times. As well as dealing with potential queues, delays, crowds and cancellations, passengers need to work out how to navigate an unfamiliar space and board their flight within a narrow time window.

These stresses, while universal to some extent, are magnified for those who don’t speak the local language. If you can’t make sense of the signage, it’s easy to get lost. And if you don’t understand the airport announcements, you may struggle when there’s a delay or change of gate.

These challenges are set to become more prevalent as passenger numbers grow and their demographics become more diverse. According to IATA, we are seeing ‘a geographic reshuffling of world air traffic to the East’, with the Asia-Pacific region driving most of the growth in passenger numbers. In other words, we’ll see more Chinese, Indian and Indonesian travellers navigating foreign airports, and more foreign travellers navigating Asian ones. Airport translation services are a must.

“Some of these include multilingual information desk staff, multilingual flight information displays, and wayfinding,” he says. “Passengers have relied on using technology on their smartphones, such as Google Translate.”

The issue, he says, is that these types of airport initiatives can be complex to manage and difficult to staff. At JFKIAT (the private operator of New York’s JFK Airport Terminal 4), his team saw an opportunity to solve the problem.

In doing so, JFKIAT became the first airport terminal in the world to bring real-time translation to international travellers. The need was clear: every year, more than 21 million passengers pass through the terminal, 65% of whom are from outside the US and may be visiting for the first time.

“This new technology is aimed at making the experience more seamless and efficient for customers.”

“Flying can be stressful for passengers, especially if they speak a different language than that commonly used at the destination airport,” says Tukavkin. “This new technology is aimed at making the experience more seamless and efficient for customers as they travel through the terminal. Ideally, we want to create a seamless experience for our passengers where they can navigate their journey through T4 as independently as possible.” 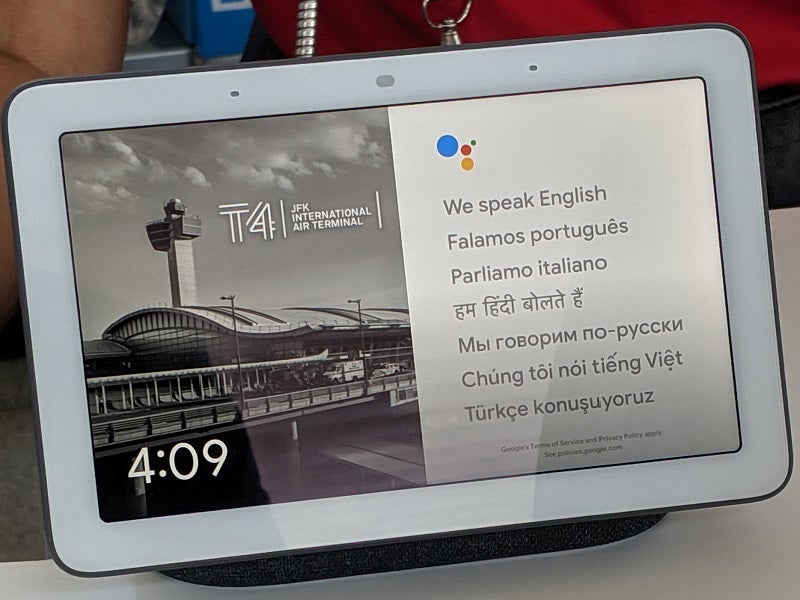 The Interpreter Mode is different from existing Google Translate technology insofar as it uses machine learning, and is otherwise more comprehensive in its translation.

“It allows users who speak English as a second language to utilise the technology more easily as the software can recognise a multitude of accents in English,” says Tukavkin. “It can translate idioms and other common phases accurately, instead of a literal translation, which may be confusing to the party using the technology.”

The technology is being deployed at the terminal’s welcome centre in the International Arrivals Hall, the domestic baggage reclaim information booth and the post-security help desk location in the Retail Lounge. Travellers can get assistance with any issue they may have – finding their luggage, navigating the terminal or locating ground transportation for starters. It’s a bonus for the Guest Services staff too, who can now communicate with these passengers more easily.

Interpreter Mode may already be familiar to some users. It first launched on smart home devices last February, before being rolled out to Assistant-enabled smartphones and tablets in December. You can simply ask your device “Hey Google, help me speak German” or “Hey Google, be my Vietnamese translator”, and the Assistant will provide you with speedy translations that are both displayed on a screen and read out loud.

“Now we are aiming to be more in the lead by having the ability to tap into New York City’s Innovation Hub.”

Then, on 7 January, Google announced it had partnered with systems integrators Volara and SONIFI to launch a full-service solution for businesses. While JFKIAT is the first terminal to use the technology, it is also coming to a number of banks, sporting events, hotels and organisations aiding humanitarian efforts.

American Airlines is also trialling the technology in some of its airport lounges in LAX, although it has said it will only use interpreter mode when no multilingual employees are available.

Since JFKIAT is the only privately operated terminal in the US (it is owned by Schiphol USA, a US affiliate of the Amsterdam-based Royal Schiphol Group), it has the agility and flexibility to trial these kinds of technologies very quickly. 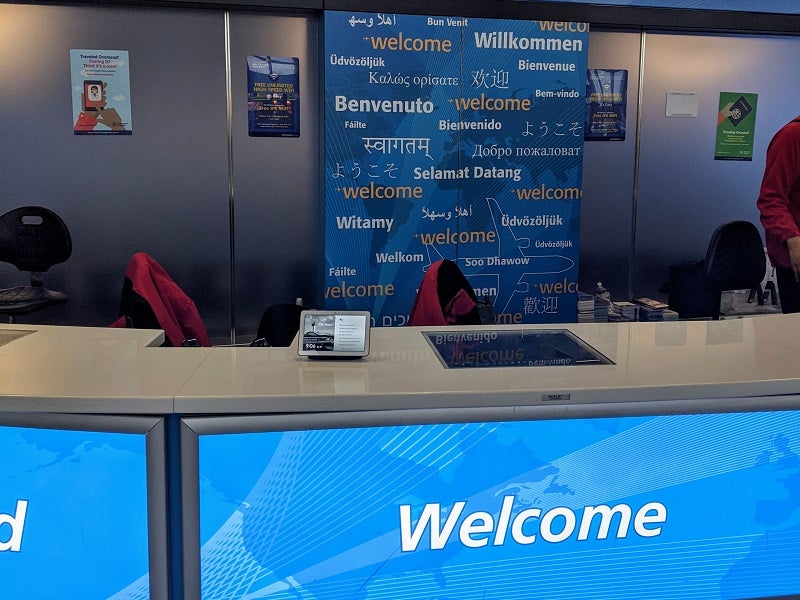 “In the past, our ambition was to be a smart technology follower by introducing technology that was trialled and tested elsewhere,” says Tukavkin. “Now we are aiming to be more in the lead by having the ability to tap into New York City’s Innovation Hub that includes many innovative technology organisations like Google.”

Over the past few years, the terminal has introduced biometric boarding, launched a cutting-edge Security Operations Center and welcomed CLEAR, which enables passengers to confirm their identity with the blink of an eye.

“Another example of utilising innovation in the terminal was with the introduction of Aira in May 2019, where travellers who are blind or have low vision can use Aira’s visual interpretation service to access live agents on demand for assistance when navigating the terminal,” says Tukavkin.

The future of airport translation

While JFKIAT may be the only airport to use Interpreter Mode for now, it is unlikely to be the last. Tukavkin thinks others will soon follow suit, recognising the potential the technology holds to boost their passenger experience.

“Passengers travelling through JFK Terminal 4 have been delighted to use the Google Interpreter Mode at the information desks located within the terminal and we see this as a new expectation of the passenger,” he says. “A great opportunity would be to implement this technology in Japan prior to the upcoming 2020 Summer Olympics.”

“We see an opportunity for other new technologies on the horizon that could potentially use augmented reality embedded in smartphones.”

What’s more, he doesn’t think this will be the final word in airport translation services.

“We see an opportunity for other new technologies on the horizon that could potentially use augmented reality embedded in smartphones,” he says. “We also envisage next-gen parallel reality displays that will show custom messages to multiple travellers simultaneously and translate information passengers are viewing to their native language.”

It may never be possible to remove airport stress entirely. But with translation services advancing so quickly, we could be close to eliminating one very obvious source of passenger confusion.

How to Navigate the Age of the Smart Home

The Next Twitch Superstar, Winners!