We’ve already seen how many TV show hosts are embracing iPhones for at home production. Now, Al Roker has taken to Instagram to showcase his iPhone + iPad setup for his at-home broadcast for NBC’s The Today Show.

In a post on Instagram yesterday, Roker showcased his at-home backyard broadcasting setup. In the image, you can see an iPhone 11 Pro that Roker says is being used to transmit his video feed to the Today studios using LiveU. The other iPhone, which appears to be an older model, is being used for the return feed.

For audio, Roker says he’s using a Sennheiser microphone paired with an iRig interface, which adapts the microphone for use with an iPhone, iPad, Mac, or Android device. For lighting, Roker is using what looks to be a pretty standard LED light panel.

Roker is also using an iPad Pro — paired with a Smart Keyboard Folio — for his teleprompter. While there are a variety of teleprompter apps for iPad, Roker appears to be using one that ties in with his Today Show co-hosts, perhaps through the LiveU service.

And last but not least, it wouldn’t be an at-home broadcast without AirPods, and Roker can be seen wearing a single AirPod during his at Today Show spots.

So how did this all turn out? You can check out the full episode of yesterday’s Today Show broadcast on the NBC website.

Amid the COVID-19 pandemic and associated lockdowns and shelter-in-place warnings, many TV shows and broadcasts are taking place from home. Earlier this month, we took a look at how Conan O’Brien is using an iPhone to shoot his TBS show, Conan, from home. Guests are appearing on the show via Skype.

Have you noticed any clever use cases of Apple technology in the current work from home environment? Let us know down in the comments! 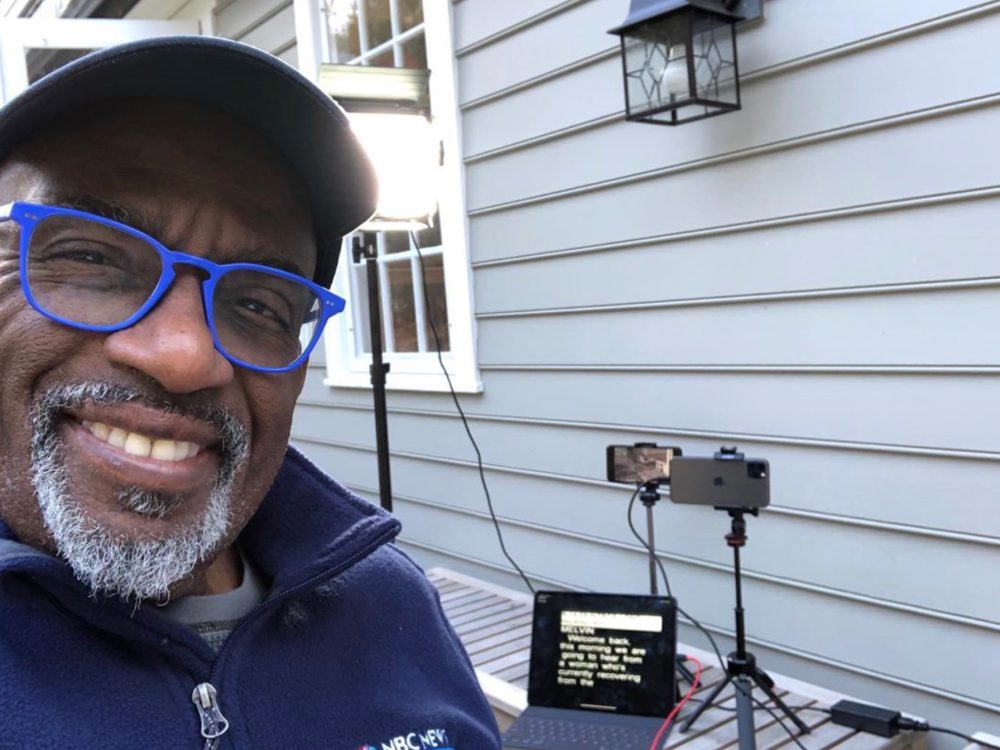 When both drivers are in error, people blame the computerized one more