With things so much in flux and business operations rapidly changing these days, Nationwide Marketing Group continues to monitor and update the industry on the state of its members.

In short, the bad news of course is they are dealing with store closures and declining foot traffic for those able to remain open; the good news is more than 4 out of 5 (81%) report that just within the past few weeks their web traffic has increased or at least remained normal.

The buying group includes a large number of retailers that offer everything from smart home technology and other consumer electronics to major appliances, home furnishings and even bedding.

Nationwide recently released the latest of three “quick-turn surveys” to take the pulse of how its members and their employees and customers are being impacted by the coronavirus (COVID-19) outbreak.

The first survey took place not even a month ago – conducted March 18-19, which at the time was only a short while following the group’s big PrimeTime Conference held in Houston in February that gathered 3,700+ attendees from its 5,100+ members.

That event highlighted the Connected Home opportunity the group, including the Home Technology Specialists Nationwide custom installation sub-group, anticipated would be important for 2020.

Based on the latest Nationwide survey results that polled 580 of its members across all channels, dealers are adjusting to the new normal of business amid the coronavirus crisis with a naturally mixed bag of success and downturn. They are facing brick-and-mortar closures or reduced operating hours while remaining “essential” personnel, but also experiencing a subsequent uptick in online sales.

According to Nationwide’s latest survey and its comparison to the first conducted survey, 29% of retailers report that they’ve closed their business — up from 5% in the first poll. Of those that have closed, 90% were ordered to do so by their state or local government because of a stay-at-home order.

Just 36% of dealers report maintaining normal operating hours, which is down from 67% in the first survey; another 30% have moved to reduced hours, an increase from 20%.

“For the stores that have remained open, the foot traffic data suggests that the American public is taking social distancing rather seriously. Only 14% of retailers surveyed said they saw an increase or similar foot traffic in their stores,” according to the Nationwide announcement of its latest survey results.

As the buying group notes, however, there is optimism to maintain. Independent retailers that have embraced a sound digital presence and ecommerce practices can still benefit during these challenging times. Additionally, some have successfully adapted to new ways of communicating with consumers as  the coronavirus has forced the massive shift to work-from-home and distance education.

In Nationwide’s first quick-turn survey, just over 22% of dealers reported an increase in their website traffic. In the latest results, that surged to 42%. Of those that did experience website traffic increase, nearly 13% said that increase was significant, up from 6% in the first survey. 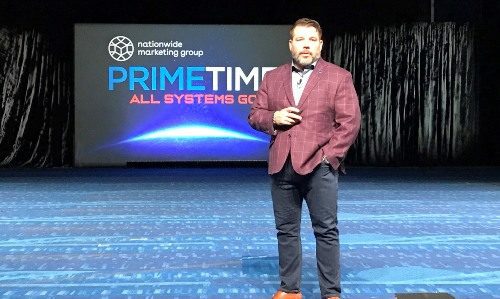 “Once thought to be the straw that would eventually break this industry’s back, independent retailers who’ve spent the time and dollars to build out a virtual presence are primed to reap the rewards during this challenging time,” the group’s announcement states.

Nationwide says the response rates support the group’s data it has collected about members’ web traffic and usage, noting that dealers with “functioning websites” actually enjoyed a year-over-year increase of 20% for the month of March.

Moreover, such dealers are experiencing solid conversion rates, with ecommerce sales more than doubling during the same time frame. They are making an investment into better efforts to connect with potential customers as well, as Nationwide points out that since March 16 (or the time of the first quick-turn survey), as more communities began stay-at-home mandates, its membership generated 60 new signups for website chat services.

In the latest survey, 14% of dealers said they’ve begun using collaborative video technology solutions to engage with customers, up from 7% in the first survey, Nationwide notes. Furniture dealers, who have been hit particularly hard by the closures and decreased in-store traffic, lead the way with 17% saying they’re using video technology to communicate with customers.

Meanwhile, Nationwide had recently introduced a tech support program for dealers’ customers thanks to a collaboration with Tech Smart USA, so those who continue to enjoy sales success can also assure clients a high level of service thereafter.

The group adds that members can find full results of the third quick-turn survey on the Nationwide Marketing Group website and on the regularly updated Coronavirus Resources page.